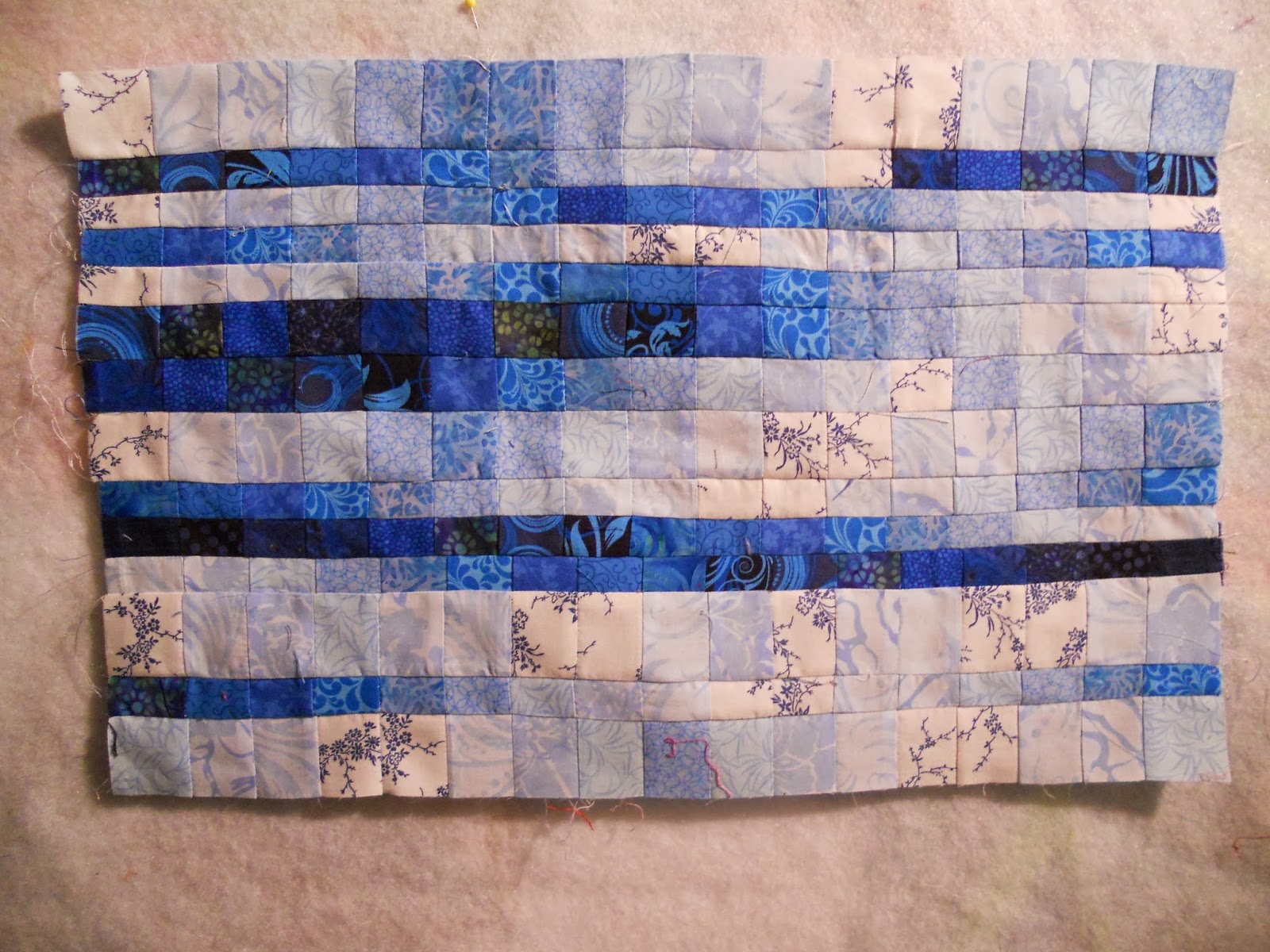 My good sewing friends often gift me with their scraps. I LOVE scraps. So this week when I needed some medicinal quilting time, I pulled out the latest offerings which included a few little leftover bargello strips, mostly one inch wide unfinished.
I placed them as they were meant to be. NAH!

Then I moved them around, resewed some bits until I liked the blend of intensity.
I thought it would become some kind of pieced sky component for another quilt. After matching all the tiny squares, and pressing I put it on the design wall and decided it might be okay on it's own. 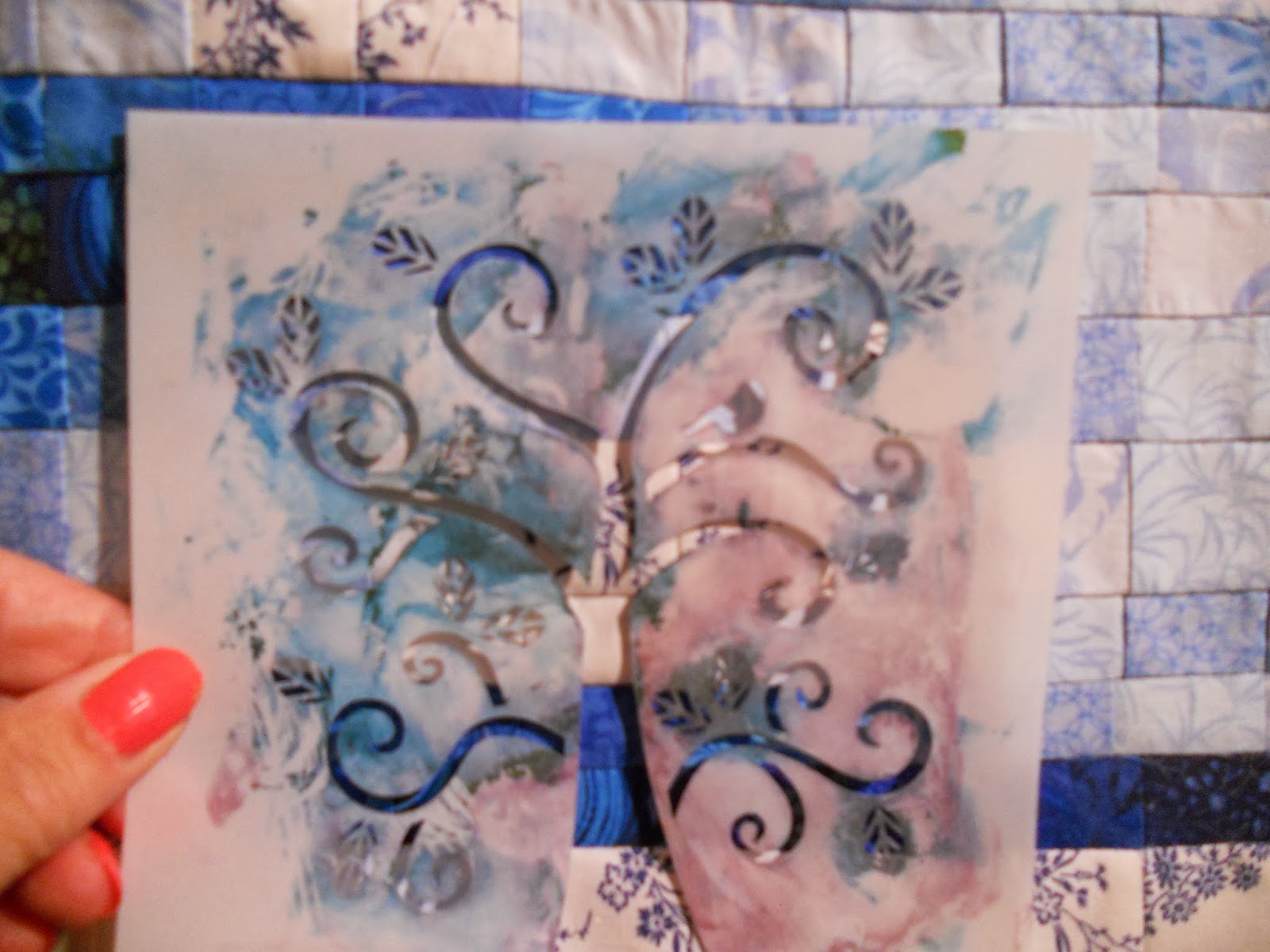 I considered stencils, maybe this time with inks, or maybe my favorite seta shimmers. The following pictures are different stencils currently under consideration.

While considering this I pieced another strip of the tiny bits, and placed it over the background. Whoa!
Now it looks like a sound wave. 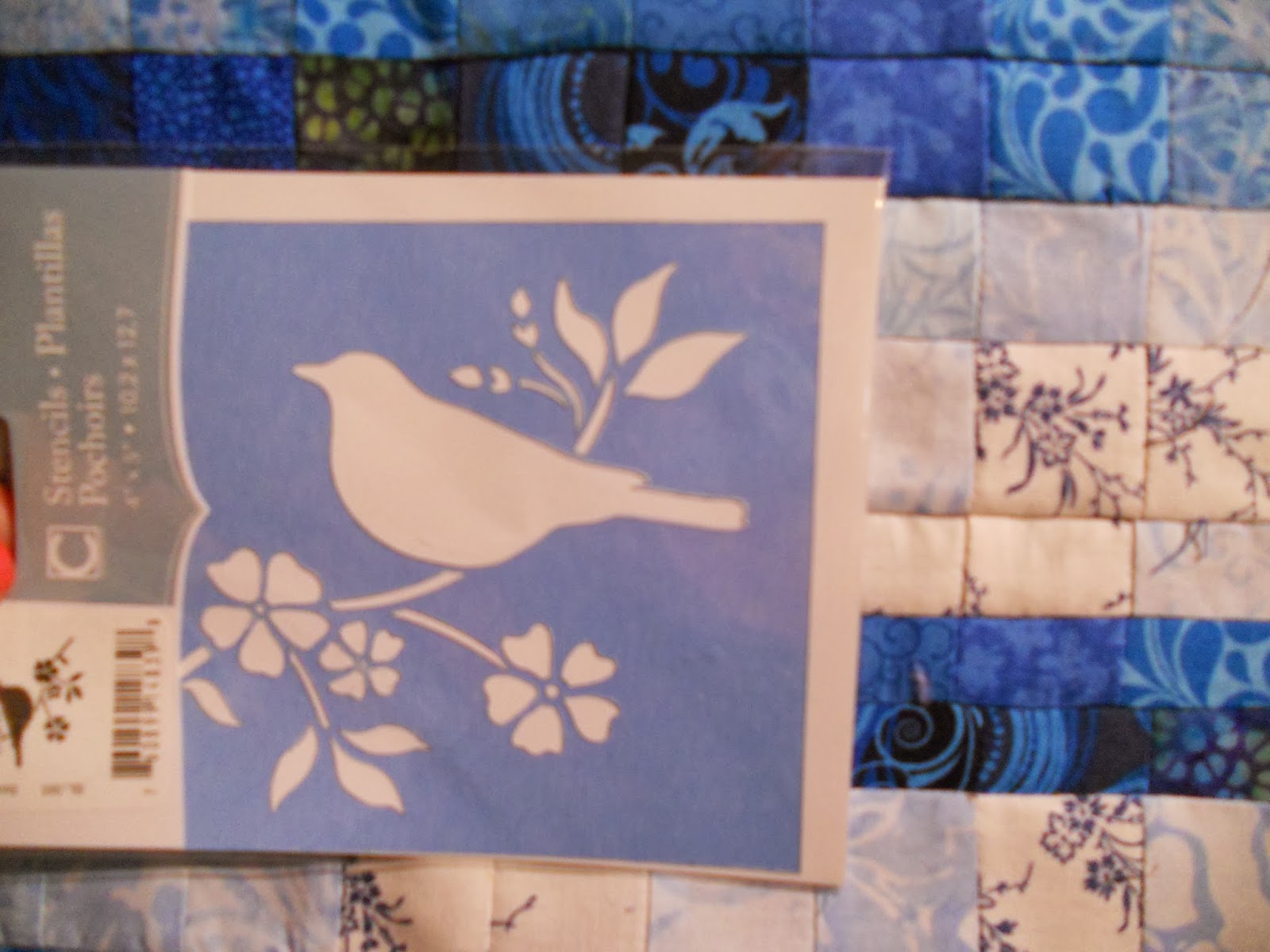 I called DH, our resident electrical engineer into the studio. He called it "insert-technical-name-here"
I asked if he'd like to see it in an office boardroom.

After careful consideration of just how much trouble he'd be in for honesty, and considering the weekend coming up where we'd be in close proximity for two days, he gently said,

"I'd prefer some of your other work over this" 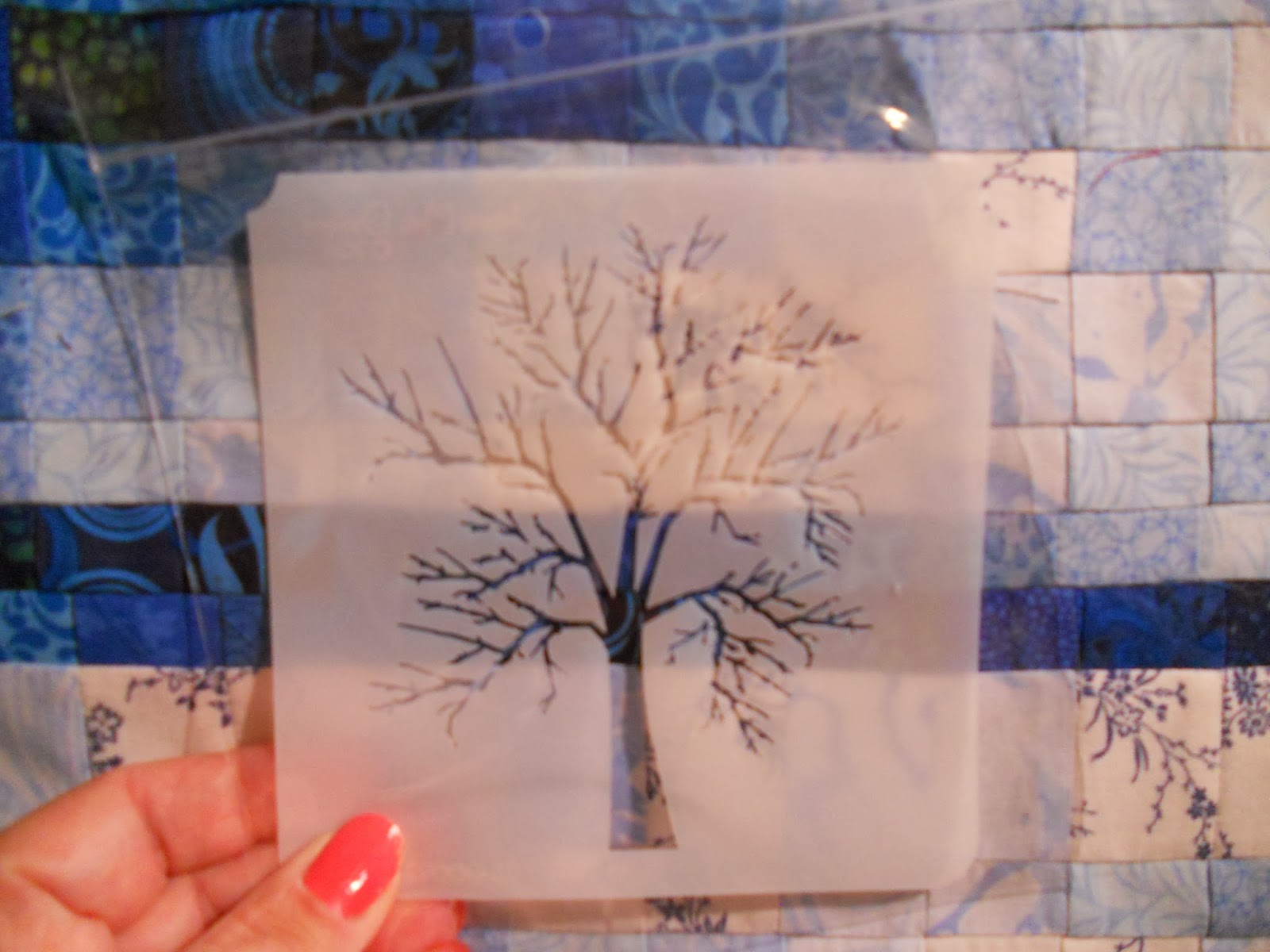 After 20 years he's getting good!
Anyway, I like it, but like most experiments, there are many options, so I get a bit lost in all the choices and don't want to limit myself to one so it might languish in the wip pile. I need to learn to just choose one and move forward with the next scrap adventure, there will always be another. Thanks to good friends with left-overs to share.
Tell me what you would do!
LeeAnna
Posted by LA Paylor at 6:52 AM