When a good machine grows older...

This is my sewing machine. I use it every day that I'm home. Every day, the two of us sit down together and make stuff. Until we met, I was sewing on a 1948 Singer. That was a good machine but it was never hired to do free motion or work with metallic threads and it resisted having those thrown into it's job description.

After hearing cursing coming from the sewing hole for the meeelionth time, DH said, "maybe it's time for a new machine" Wooosh! The sound of me closing the front door and the tires squealing out of the driveway!

I am a good shopper, and had decided I wanted a Bernina in this line months earlier but the money, oy!
This time, the line was being closed out and I got this machine for nearly half price. SCORE!

It was so fancy I was afraid of it for a month. (I know, the neurosis gets in my way) This was in 1998.
When I began to see the merits of this fancy machine, I grew to love it. So much so that when I began to hear stories of motherboards going out I went into denial...that will never happen here at Chez Paylor.

A year ago my machine went crazy. It all started with the needle position jumping around by itself. That's an unnerving noise, to be standing at the cutting table, look over and the needle is jumping back and forth.
It quickly escalated into refusal to do any stitch.

I considered buying a new machine, and couldn't decide what to do, but ran across Hinkletown Sewing Center in PA who replaces the boards with reconditioned ones. I got that done, and went home expecting to sew for years with my newly happy machine.

Last weekend I heard the needle jump again. Then the screen went out, then it left the stitch I was using and returned to home... oh, no!! It's only been a year!  The resident electrical engineer said they fixed the problems with the motherboard, but the rest of it remained old, and will continue to break down. 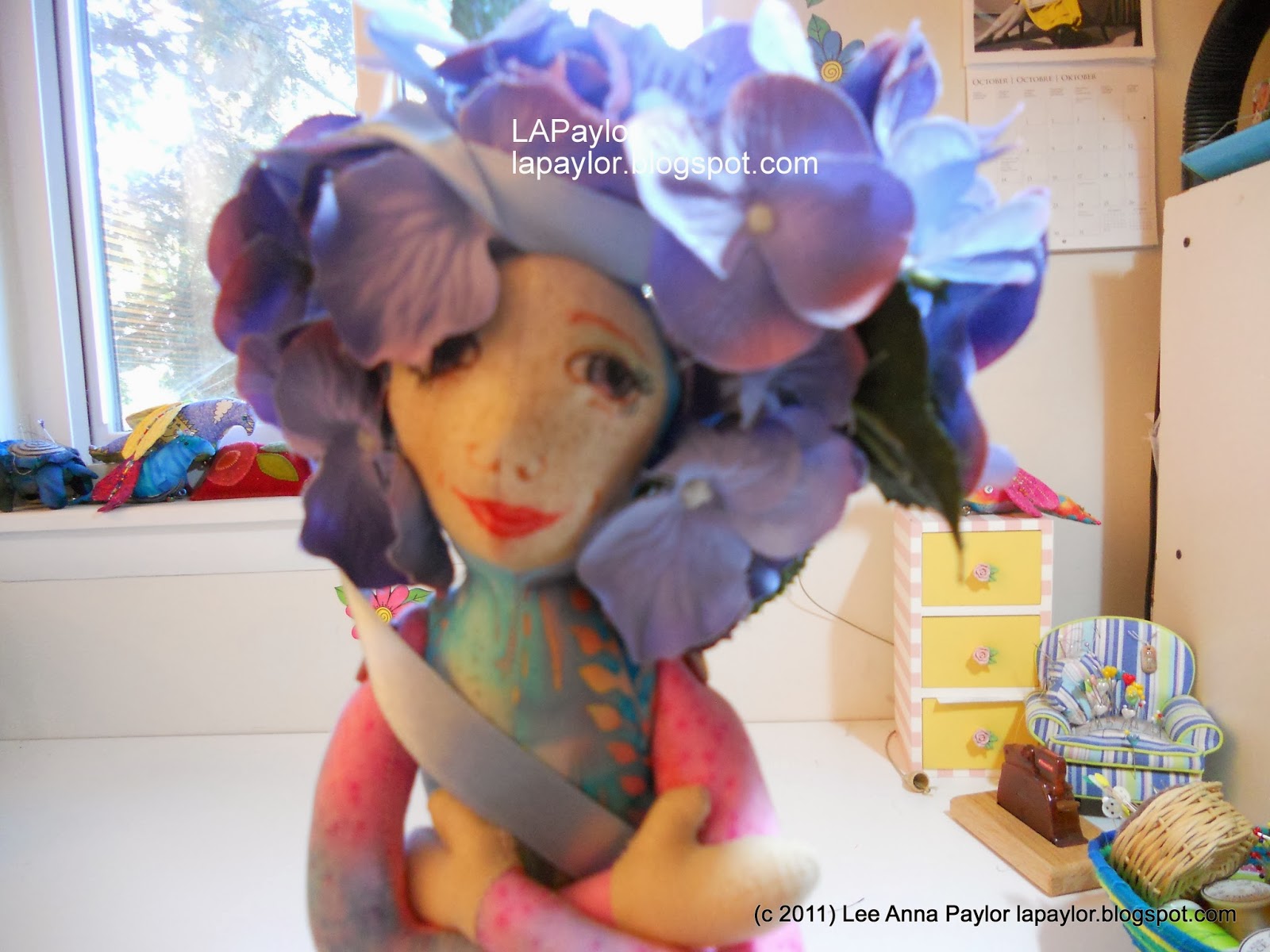 I'm old school, I thought this fancy machine would last my sewing career. DH says electronics break down, and I just had to pass through the stages of loss to acceptance.

But but...
I'm now in the market for something comparable. I will be out a lot of money. I hope I like it as much. I don't want a learning curve, I want to sit down and sew.  Especially don't want to open a manual!
I do want to sew, every day.

This is one of my dolls, a hydrangea. Doesn't she have just the same attitude I do??  ( btw, I teach a doll-making class using the pattern Flora Bunda by Barbara Willis  SEE HERE )  I have a garden of dolls because I love flowers, and they have personality.

Email ThisBlogThis!Share to TwitterShare to FacebookShare to Pinterest
Labels: life is so daily, living the creative life, studio