31 days of posts another story 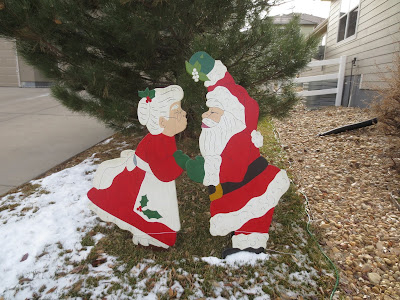 
Renewed Joy on Ice
Brrr!
It sure was cold today! Especially out here on the ice. She said she would meet him here, but she was questioning her sanity now!

She should have known if the sky was this clear, the stars sparkling this much in the evening sky, that it would be Winter with a capital W. The lake had frozen over, the dome of the little ice house was shining with a spotlight on it, inviting people in for hot chocolate.

She had her own skates, from years ago, and put them on but the first bump in the lake ice made her hope there would be no broken bones tonight!

He was so nice on the phone. She hadn't been on a blind date for 40 years! Her husband died two years ago, and now her friend Sal insisted she get back in the game. She felt so uncomfortable with the new online dating sites, but that's how it's done these days. And the man who called to ask her out seemed so nice on the phone.

Music was playing over a loudspeaker, people were laughing, someone was spinning in a circle. She'd be glad to keep upright! She wasn't as limber as she once was, and her bones were older as well, but the man said he really liked her voice and would find her on the ice. Risky...

He asked her to wear a cap with a flower on it, so she chose her favorite, pink roses, and pinned one to her knitted cap.

She should be sitting in a cozy chair knitting and watching movies in front of a fire. But she had realized that life was a little lonely this holiday season.Risk...

She was tired of endings, and wanted a new beginning. She asked her husband if he'd mind, and she swore she heard him say that she was the sweetest woman alive, and needed to share love with others. He wanted her to be happy, just as she would have wanted for him. He always took care of her, and she felt finding love again would be his way of continuing that.

Maybe she should leave, just skate to the edge, just to the little bench there and take off these skates. Who did she think she was at her age to skate, and to be on a date! Then she heard a voice behind her, gently saying "Pink roses... are you my dream date?" and she turned around to see the nicest pair of brown eyes crinkling behind a pair of handsome glasses.

"I guess so!" she took a breath and skated toward her new life.

What a considerate husband...if that is what he really meant!