Alexandria VA is a lovely town. We don't go often enough, but we took a moment to walk around after picking up my quilt.
The architecture is so intriguing to me. I love history and imagining all the people who have walked those streets over the last three hundred years. Those bumpy streets. We drove over one cobblestone street subsidized by the chiropractic industry. I can't EVEN imagine a poor horses hooves skittering along those.
After the shaking subsided, we took a walk to the birkenstock store.

They are my favorite shoe now that my feet and back are aged. They are coming back into style according to tv. YEAH! I won't be made fun of til the fad passes again, and I am still wearing them. A person with high arches needs a comfortable shoe.
We had a wonderful little walk around town, in the rain. That's just not as romantic as songs tell you.
Cole wasn't with us and yet we brought him home some treats but not this bowl.
The next day we went to first Sunday arts festival in Annapolis, very similar in look to Alexandria.We all three shopped. Cole shops, looks intently at all shelves at his nose level, but only once chose something to buy which was a very expensive boiled wool hat. It was for a child, and we couldn't figure out what the attraction was, but then our noses aren't as finely tuned as his.
We met many poodles and poodle mixes, and Cole listened to some jazz. 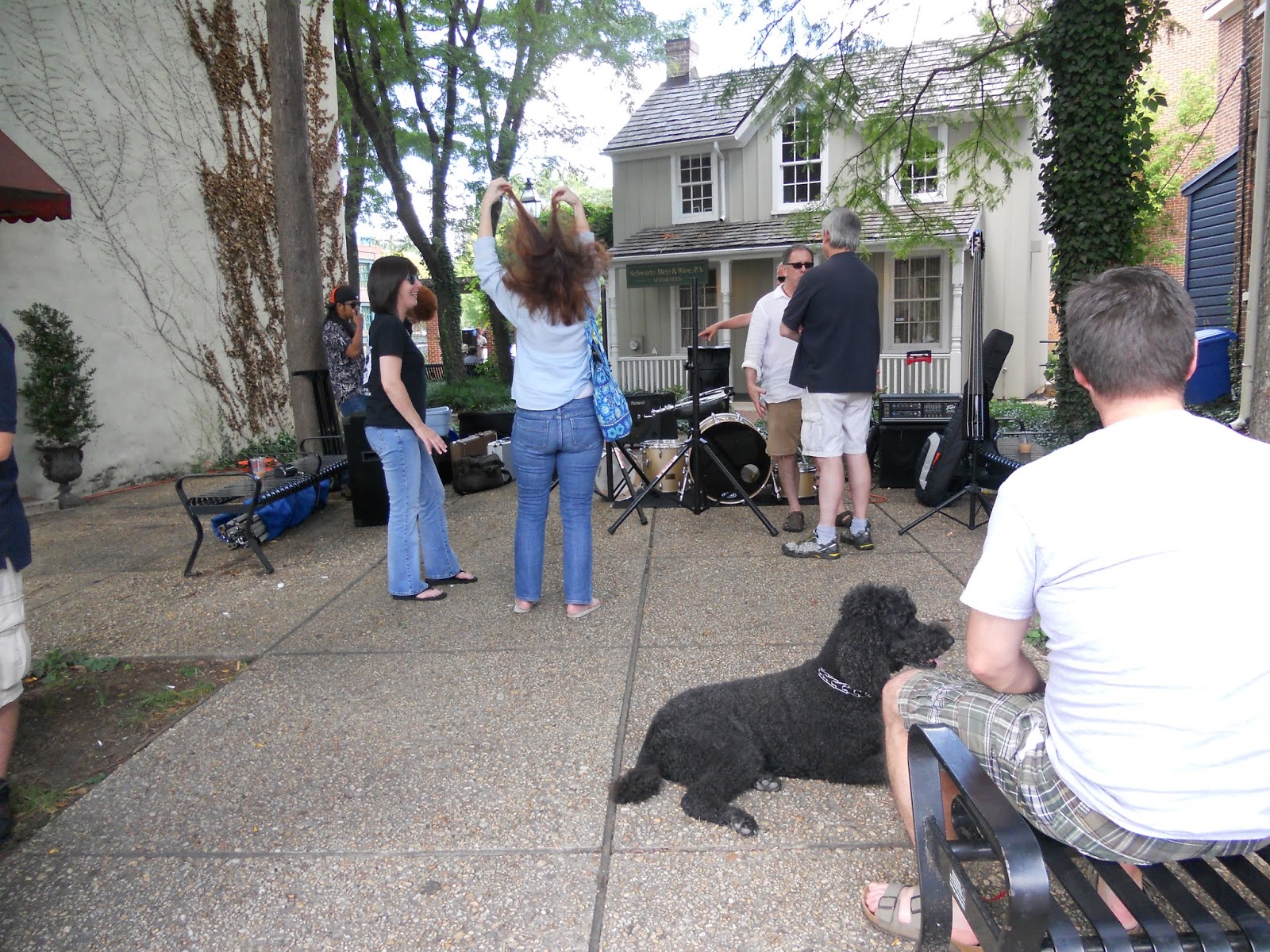 Well we would have if we could have waited the musicians out. Setting up is a long process.

He isn't named after Cole Porter for nothin'.

Anyway, we got a lot of disagreeable home projects done this weekend along with two little day trips.
Cole didn't get his bath, so he considered that a successful weekend.