Welcome to this week's list of likes.... there is always something to smile about... let's start with:
1)  Birds who sleep at our "Ledge Hotel"  First it was just the one bird, and we tried not to disturb it by coming out of the door at night, and started going out the garage.
Then he had a friend... and now three.... that pic was the first night for three, this was Tues. night 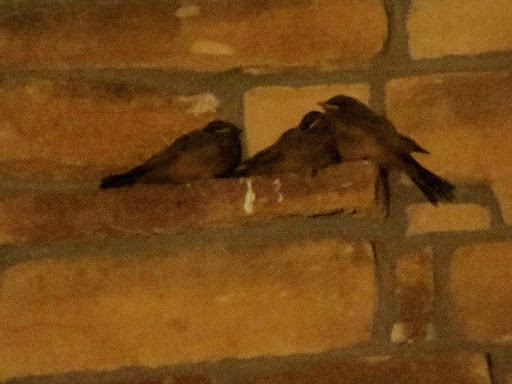 O.M.G.   How sweet are they? Of course we let them sleep undisturbed... it's so hard for any of God's creatures to find peace at the moment, I want to do everything I can to help.

2)I finished and wrote a post on this quilt, and believe me, blogger did it's best to keep me from getting it done... grrr....but it's there if you want to see the detail shots. I finished the next one in series too, which will get a post next week.
3) I also started sewing these little tumbling blocks instead of knitting at night... 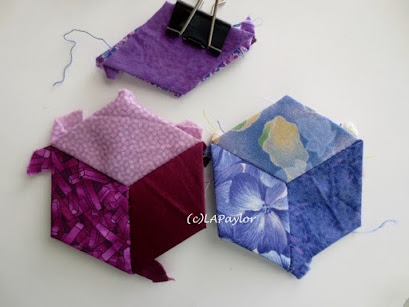 There is a lot to show you on Sewing Saturday post! 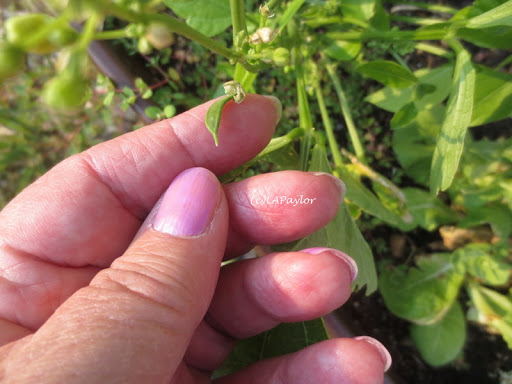 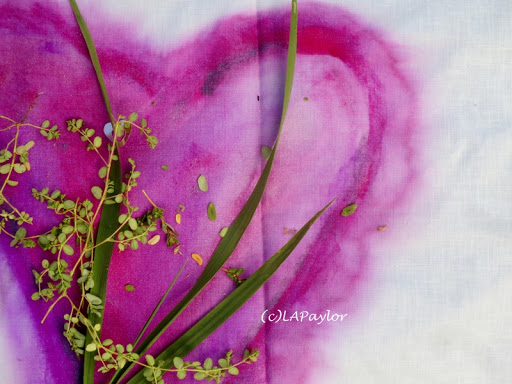 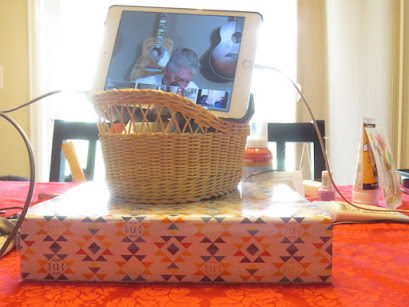 6) The library held a zoom concert, and we "attended"
There is another concert tomorrow night(music of Louis Armstrong) , and a contra dance... both on zoom... yes we miss contra dance enough to try to do it online... at least we get to hear wonderful music, go through the moves and remember the good times at Glen Echo in DC

7) I finished Leaving time by J. Piccoult... oh my... I didn't figure out the mystery til the last bit! So good... and such a reminder that humans are killing off elephants by the hundreds for their tusks... projections are there will be none left in Africa in 20 years because of humans. Highly recommend the book.

Tried to listen to another one by her but sent it back early, it was on a subject I did not want to hear. I forget I don't have to finish books or movies.... I like that it's my choice to drop a book!

Next up was this audio book

The Whispered Word by Ellery Adams.... shaping up to be excellent! A group of women who have been damaged by life, find each other and friendship in a book seller's shop, then solve mysteries.

8) My reading like, is that I was only 10 pages from finishing A Forgotten Murder by Jude Devereaux when the library took it back! Wah! But! it was available so I can finish it tonight! Another one good to the last sentence in the book! (Third in the Medlar series)

9) We watched a movie on Netflix, "The Hundred foot journey"  that was surprisingly wonderful!! I took a chance on it, the last movie we watched on Netflix was awful but this one was so good! At the end, we found out it was produced by Oprah and Steven Spielberg.

10) Big Brother is back... I was just saying of all the shows one could film in a pandemic it would be that one! We tried the show Time Team America... but sadly it isn't nearly as good as the BBC version... we have so little history. World of Dance, 90 day fiance, Housewives of NYC, and some BBC shows are on the tv. I love tv.... and it's about to get sparse. We only have one more show in "The crown" which is EXCELLENT this season, and one more Midwives to watch on dvr.. any suggestions? 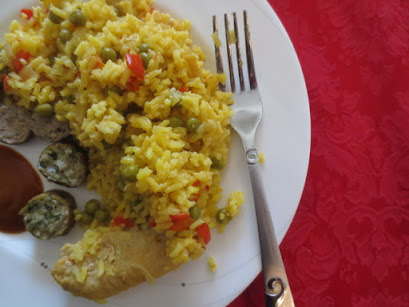 12) I made chicken and yellow rice (arroyo con pollo) this week. It's been a long time...we gobbled it down so quickly I didn't get a pic, that's the next day's lunch, with a little sausage on the side there.
It's easy to make... purchase yellow rice with seasoning at the grocers
saute minced onion and bell peppers in some butter and olive oil
saute the chicken breasts next, and I add in cooking sherry and cover so they'll be tender
pour in the required amount of water bring to a boil, then pour in rice and seasoning and cook as directed. The butter and olive oil make it so moist and lovely. We used to put leSeur peas on top, but the cuban restaurants in Tampa included black beans or plantains.
(butter.... yum....)
13) Remember... Play with your food...
https://www.youtube.com/watch?v=oEJyMG9cYgo
MILO's MOMENTS 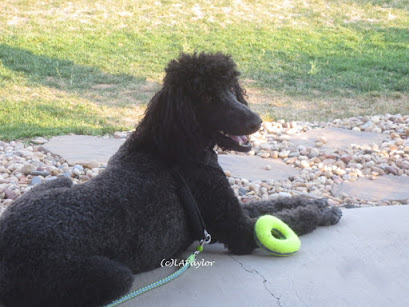 for barking out loud! is it Thursday already... well... let's think... yes, I love my ring toy... it was my reward like a Purple heart medal 'cause I survived torture this weekend!!
Mama: um, Milo?
Milo: what Mama?
Mama: it was just your monthly bath and shave...not torture
Milo: like I said, torture
Please visit these fine people who have lists of likes, and if you write a post, let me know to add you in!
new this week:
http://dreamworthyquilts.blogspot.com/2020/08/i-like-thursday.html
https://quiltschmilt.wordpress.com/blog-posts/
the knitty quilter
https://www.su-sieeemac.com/
grammajudyb.blogspot.com
https://canadianneedlenana.blogspot.com/
maryinpeoriahandmade.blogspot.com
http://3poodlesandanana.blogspot.com