Learning about each other 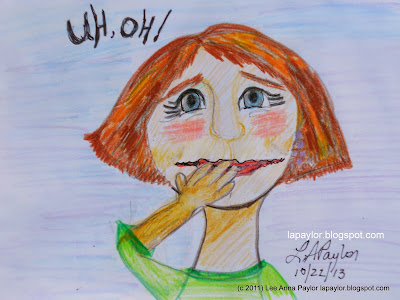 I wanted to do the meme Sunday Steals but....
What a lot of difficult questions to answer, and I suspect when I go read the responses from others they won't disclose as much, but then maybe we shouldn't be afraid to be real with each other...

1. What do you think is the greatest television show of all time?
A: assuming you mean American TV show, there's a difference between the greatest and what I liked the best.
DH said, MASH. I think Seinfeld made a big impact and many common jokes are still shared from that. I loved WestWing and still love This is us.  Johnny Carson brought celebrities into our lives every night, and SNL made an impact on me.
I can watch Gilmore Girls any time it's on, over and over for the fast paced intelligent dialogue, love and laughs and kindness in it.

2. Would you rather win a Nobel Prize or an Academy Award?
A: Nobel prize... make a difference in the world! I'd probably be more likely however to win an academy award as I fancy myself as an entertainer, lol.

3. What one food would you banish from this earth if you could?
A: some cultures eat dogs... ewwwww.
If you're asking what food I don't like it's really smelly fishy fish

4. What’s the scariest story you’ve ever heard?
A: the holocaust

5. Who is the most famous person you have ever met?
A: we talked to and got the signature of Garrison Keillor at the Library of Congress National Book Festival in DC. He's quite tall and taciturn
We tasted wine at Fess Parker's winery in CA and met him there, or at least saw him.
my mother took me to a Frankie Avalon concert when I was 4 and he sang to me.
I met and was hugged by Miss America of 1958, after she gave a talk about her experience with incest, and she changed my life giving me strength to speak the truth.
I am a quilt artist and have met and become friends with international teachers, does that count ?

6. What’s something you’ve done that most people wouldn’t know or guess about you?
A: oh sure, open that can of worms!!!
Well, I was a wench every year at the Largo Rennasance Festival for really long time, and was a magicians assistant one of those years. I do a mean English accent for reals.

7. You’re strapped in a rocket ship about to go to the moon. Are you thrilled? Or terrified?
A: TERRIFIED!

8. What is the correct way for toilet paper to sit on the roll?
A: paper coming over the outside of the roll, obviously, lol

9. Talk about a mistake you made, or something you regret.
A: I have a lot of regrets... I hate making mistakes and living with them. If I had to pick one, right now it would be moving to Colorado.That was a costly mistake.
Then again... mistakes teach us. Each time we make a mistake we learn about life, and that's a good thing. I think it makes us more human, and able to relate and accept others.

10. What would be the best gift I could give you?
A: the things I want most no one can give me... safety, peace and belonging
Otherwise, diamonds are always appropriate
I do have a fabric obsession, love perfumes, and want to go to Italy however

11. What makes you feel better when you’re sad or stressed?
A: talking to a friend who shares the woe, then makes me laugh. Diversions like watching TV, taking a walk, painting a picture or sewing.

12. What is the most romantic movie you’ve ever seen?
A: so many... I can list some but can't think of the MOST romantic...
Out of Africa touched me, Sleepless in Seatle, The Notebook, Casablanca,West side story, and obscurely, The Mirror has two faces struck me as very romantic.
Certain themes/stories that have been done many times touch my romantic side, the side where love overcomes odds, where two people stand the test of life together.
Beauty and the Beast has a nice theme.


13. What is the worst date you’ve ever been on?
A: I went on a blind date (my step father chose a guy from his church) and the guy started telling me how women should be subservient to men according to God, and it went downhill quickly from there. The guy got so mad at me he threw up during dinner.

Another one bragged that men should trade in their 40 year old wives for two twenty's. I excused myself to go to the restroom, got in my car and left.
To be honest there was one where force was used to take physical liberty with me... many of us had that happen back then as women weren't always respected. ahem.

On the other hand the rest of the men I dated were lovely people, I enjoyed them, and shared many wonderful experiences.
They were a diverse lot, of every culture and level.
Several of them asked to marry me, but I couldn't.
I learned love was not enough with them. When I married later in life, I knew it was right.

14. What is the glue that keeps couples together?
A: shared values.
You can like different music, or activities but you must share values, to stay friends, and liking someone is very important in the long run. To be a true friend one must trust the person, to be able to tell them anything and know they will always have your best interest at heart. It has to be mutual, this liking and trust too, both people must want their partner to be content and happy.
Then there is the shared language of private jokes that accumulate over the years.

15.  What was your first crush.
A: a neighbor boy who was one year older than I,  he and his sister and I grew up playing together then when I was about 12 I began to see him differently.
Or maybe Ricky in grade one... I even kissed him in the playground and he liked me too!

16. When did your parents talk to you about the birds and the bees?
A: never

17. What is your greatest achievement?
A: I haven't done it yet.
I am glad that I spent years working to help others as a social worker. I made next to nothing salary-wise but it was important work.
I also did a piece of art that says, sometimes getting up each day and facing life is a great achievement and I stand by that. 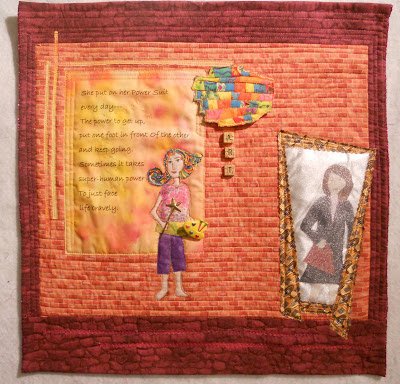 18. Were you close to your parents growing up?
A: they  never really cared to know who I was. I was adopted then abused in many ways. It was hard to be dependent on people who hurt you.

19. What was the most life-changing event you’ve ever experienced?
A: I broke up with my fiance after age 30, and it was nearly my undoing. I learned love was not enough, hence the values comment in 14. I lost my emotional footing and had to redefine myself.
As a young woman I found out I had been adopted, and a lot of memories surfaced about the abuse that I had pushed down... I learned how to live with that, and this man went through this with me but then we were worn out and he gave up. It was hard for both of us to let go of each other and I became depressed. That was when I truly began a spiritual relationship with God and saw a bigger picture.
Some years later I nearly died from developing allergies to chemicals and underwent acupuncture treatments that saved my life. During that year, I grew so much while surviving.

20. Have you ever had a falling out with a friend? What happened?
A: my best friend and confidant C. (and I still long for our friendship), ended when her husband did not like the fiance mentioned above.   She said if I stayed with him, she couldn't have anything to do with me, and left my life. It was a lesson that we don't have control over what happens all the time, that reason doesn't always prevail, that sometimes one has to let go and move on.
Of course I've had arguments with friends over the years, that were resolved, too.


WHEW! what ever happened to what's your favorite color???

Email ThisBlogThis!Share to TwitterShare to FacebookShare to Pinterest
Labels: about me