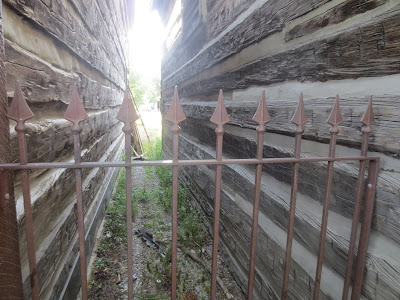 Audie listened to the calming sounds outside the open window as she went about the room dusting.
How did so much dust accumulate so quickly?

She lifted the tiny jewelry box gran gave her when she turned 10. There was a clean spot under where it had sat for years, holding her special things. Wiping the area clean, then wiping the box and sitting it back in that spot, she thought about gran.


A bird chirped outside, she glanced up and saw a pretty little yellow bird on a branch near the window. She guessed it didn't see her, as it sang loudly calling to it's friends.


Sometimes she wished she understood what the birds were saying. Then she felt sheepish at the thought, because her practical mother would have laughed at her for it.

She was who she was, a sum of her experiences and that little magical inside part that was just special to her. As she got older, she cared less about what people thought about her, and it felt good. There was a burning need inside her to relate to the world around her, not just swim through the days but make sense of them.


She turned to the bed,  lifted the woven blanket of many colors and remembered the day she bought it. It was made by a local woman who moved to her town from the East.

She took a moment to hold it close to her, feeling the soft wool against her bare arms, and remembered the woman saying the colors were inspired by a river running near her studio. The weaver went to the river each day to empty her mind of life's worries, and wanted to capture that feeling in art. Yes, she caught the feeling of moving water in this woven piece that Audie wrapped around her for a moment.

Audie folded the blanket and carefully placed it on the bed, giving it a final pet before turning to dust the nightstand.

She wanted some order in her life to balance the current changes.


Audie didn't regret moving back to the farm, it was her heritage, her land now, and her safe place.

When gran passed away, she and Sam gladly took on the challenges of running the place, and she put aside the burning desire to do something momentous in life.
For a bit at least.
A need like that doesn't disappear, it sits patiently while life takes place and when the time is right, it reminds you of your dreams.


She spoke aloud to the empty room, "I haven't forgotten, I'm still here and will figure this all out" and there was a tiny flutter of excitement in her heart.
(c)LAPaylor

Linking to
http://sundayswhirligig.blogspot.com/
Posted by LA Paylor at 6:52 AM