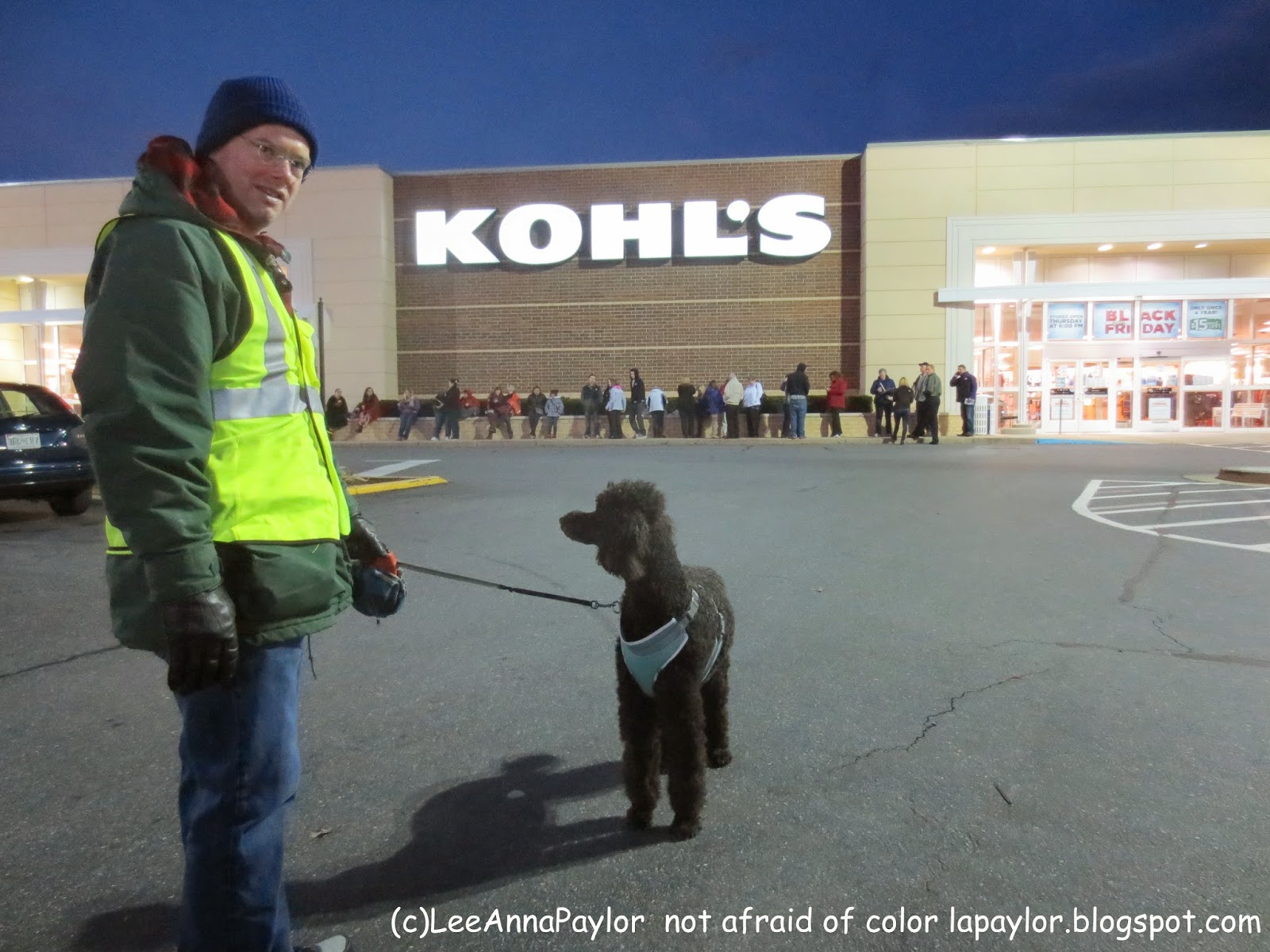 We had no place to go on Thanksgiving and since I made the bulk of our special dishes the day before, we put the turkey (potatoes, carrots, onions, mushrooms, and celery) in the oven and left for a walk. 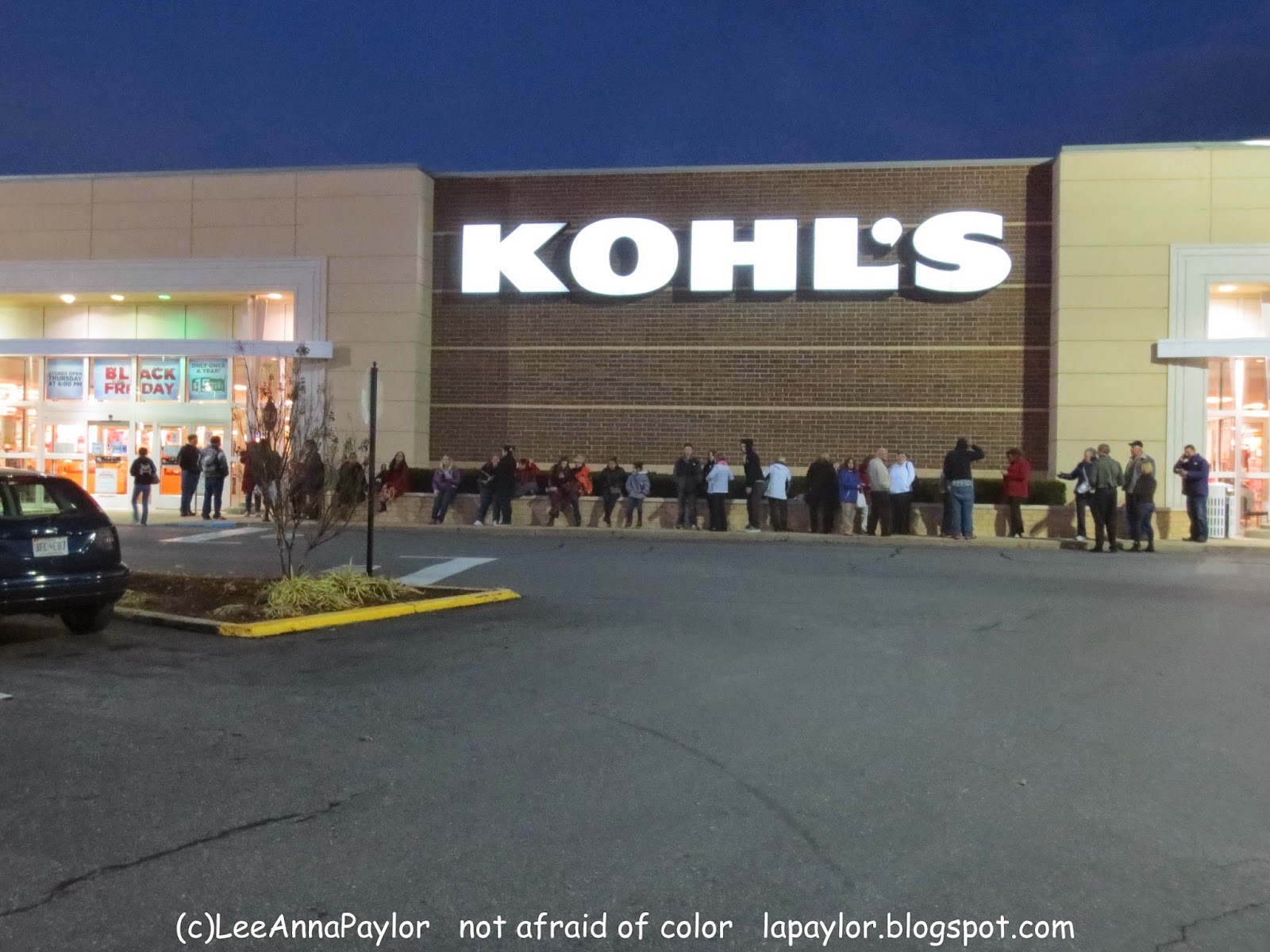 I have been very sick with a bad cough so I wanted to avoid our neighborhood with all the wood smoke so we decided to go to the shopping center to walk.

A long line-up of people waiting.
Cole could hardly wait to get started since all these people came to see him!    Obviously!

As we walked by we heard a chorus of "Oh LOOK a poodle!"  and "oooooh he's so cute"  and "come here buddy!"
You know I love to talk to people, and as chatty as I am my husband is quiet. I stopped to ask some people why they were waiting in the cold for Kohl's to open on Thanksgiving night. One word.
Electronics
The employees were inside lined up facing the crowd, the crowd was plotting their plan and it was kind of like a football game scrimmage.
We walked up and down the shopping center, which was about all I could do with my bad cough. As we walked we encountered a couple outside Office Depot. I nodded, coughed and heard my husband ask them what they wanted at the depot. The man said computers for his business. They had been there since 4:30. Standing alone. Waiting. Another man showed up at ten til 6 while we were chatting and he was there for his daughter... computer... again, electronics.
We began to wonder if we should be shopping. Bwaaa haa haa! How ridiculous! Then... suddenly... Khols was open, we were still there, and we do need a vacuum.... dh asked if we should just go in since the turkey was still cooking and we were right there... 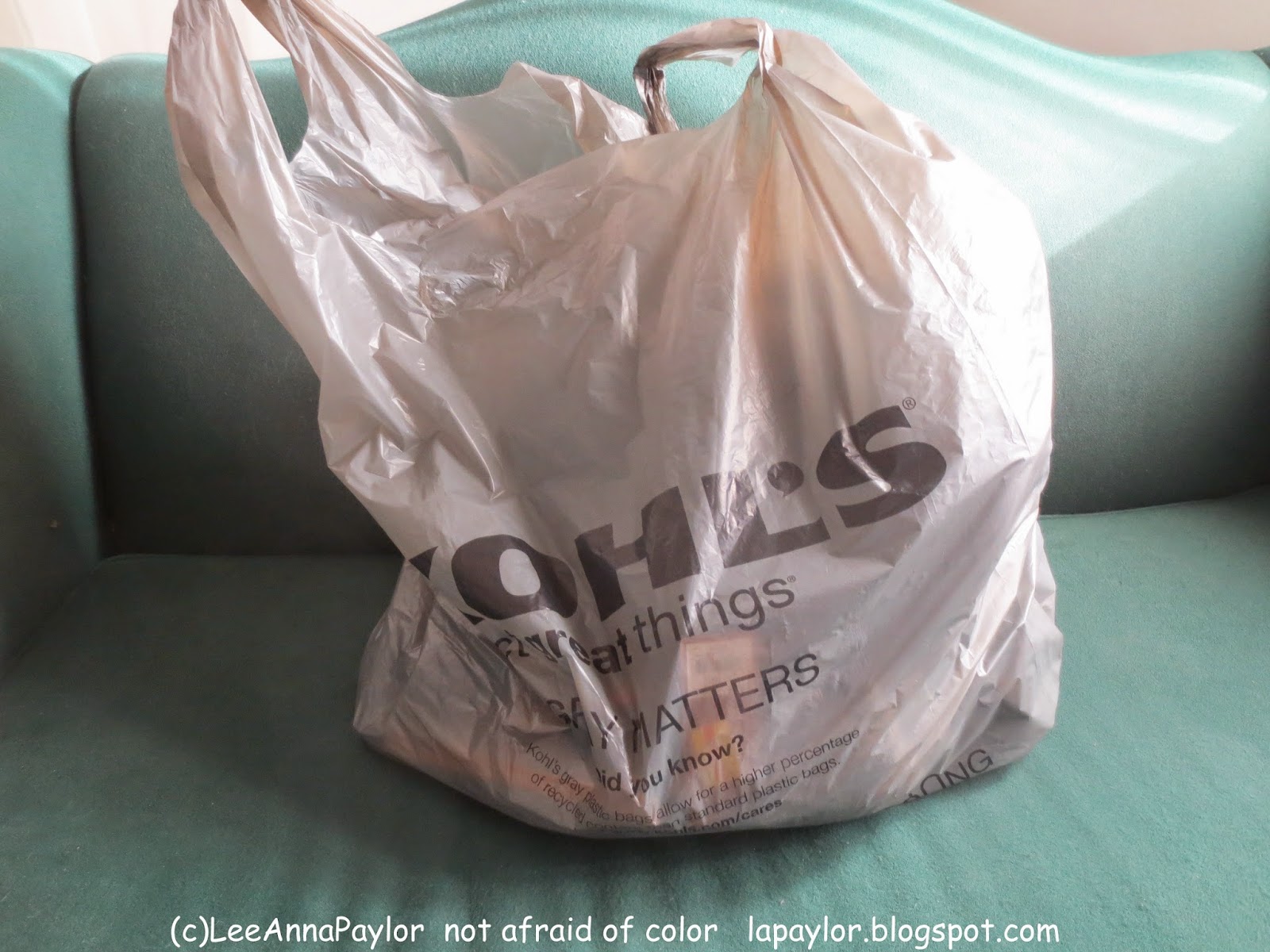 We did look at vacuums but the shark has such a little head and there were so many styles to choose from. There were some good deals of course, and the new Christmas towels for the kitchen would look so festive, and those soft lounge pants were so soft...
linking to snoopysdogblog monday mischief
Posted by LA Paylor at 7:07 AM

Hi LeeAnna!
To shop or not to shop! And if you're there anyway! LOL!
Sounds like you had a great meal when you all went back home!
Take care,
Joanne

Look at that line up!

I hope you are feeling better. Abby the Lab's Mom (new in Blogville)

Hope you are feeling better this week!