Welcome to this week's Happy Homemaker post! It's Monday...
The week opens in front of us, bright new and shiny as a penny, and what will we do with it?

The weather in Aurora CO
it was one of those good days yesterday... cool temps and hot sunshine. Some people had on shorts and capris, some like me had on chords and sweaters, which only means one thning, it's Spring!
Today the temps are warm, but temps are only one part of weather here, the big indicator is sun. Thin atmosphere and sun means the feels like temp is much warmer.
I actually saw daffodils in a neighbor's yard this weekend, must be hardy ones as it snowed about 3" on Wednesday. It's mostly gone now, and people are mowing and spreading chemicals.
Pine pollen is high and I have a sore throat and earache.
To Do this week
I have to do something about Milo's hair, maybe brush him or trim again. He's not due for his monthly bath but he has been playing a lot and may have picked up grass debris.
My art quilt group meets this week, so I need to finish the abstract I've been obsessed with to show
I have to drink much more water and don't know how to make myself.
There are home chores like laundry that always  need doing
Must mail packages to far away friends. Going to the post office here is a hike. Doing anything here is a hike.
I mopped the wood floors yesterday because of the salt from recent snow tracked in

Reading
I finished the Jude Deveraux book and it was good to the last word! That was on disc, and kept me in the studio immersed in the storyline while working. I tried one in a series called Miss Dimple (?) but didn't like it, so I'm now listening to a mystery involving a dog walker (Death by Chocolate Lab ) and it's clever. Good reader, which makes a difference in books on disc.

At night I'm reading the new Rhys Bowen book and she is so good, I find it hard to put down. It's kind of a slice of life story, set during WW1. Her writing reminds me of Maeve Binchy and Rosamond Pilcher, rich imagery and likeable characters coping with real problems and joys.

Watching
we watched Mrs Wilson... very engrossing. Well done and acted, real story too. Sad to say, real story.
I think I liked best that all the families eventually met and became one unit.
When I was younger and dated someone seriously I'd have a girlfriend "vet" him for me... meet and tell me if she thought he was harmless, know what I mean?

American Idol is great but I want to vote but it's only online or by text now.
Project runway is good but they are trying too hard to make it "new!" and "cutting edge" and all I want is to see the challenges, and have Christian Serriano go away

Survivor is confusing, what are they doing with all the cast offs???
Amazing Race starts again soon, and I'm pretty jazzed about that.
The fun characters of Charleston finally return in Southern Charm soon.
Call the Midwife is fab this season, so glad they continued it.

I chased a rabbit down the youtube hole last week and ended up watching Maori dancers. Wow, now those men are scary. That's who every  country should hire for soldiers. I find cultural differences so interesting, especially dance. I watched the difference between Maori, Tahitian, Hawaiian, and Polynesian dancing and music. 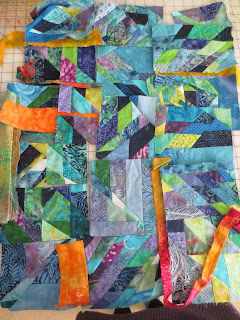 Making
I'm purely obsessed with my current sewing project. The blue/green scraps sent by my prior bee mates in MD, have gone together well, and I've been adding 1/8" strips of warm colors to give definition to the piece. I'm learning a lot about the design element "line" this way. For those non quilters out there, I'm sewing tiny scrappy pieces together into units, placing them on the wall the way they'll go best, then figuring out how to sew them together into one unit. They are all different sizes so they must have parts added in, or shaved off to make them fit. And look good. 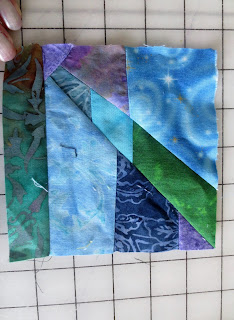 As I'm sewing I see mountain peaks emerging. Repeated throughout the piece. The warm corals/golds/pink strips are giving your eye a place to travel, and remind me of wild flowers.

Learned last week
We did a little exercise at the new coffee group, to get to know each other. The woman on my right grumbled how she hated that stuff. Well, I love that kind of thing! Anyway since I don't really know anyone the man on my left suggested we two do it. You had to find out at least three facts about the new person.
He was a terrific interviewer and we both wanted to say unusual facts. I told him I was a wench at the Renn, Fest in Fl for many years, I moved from Florida to Canada for a bit, why we moved from MD to CO, about my dog. He told me he wanted to be a vet, went to SUNY but didn't get into a domestic Vet school so he changed careers, worked for Disney and while there was Tweedle Dee for a bit, etc.

So while other people kept it very surface, he and I had a tacit agreement to make it more fun. Sometimes all you have to do is ask the right question, or just let another person know you're interested in them.

We'll see how the group goes this week! I saw some people from the group around the neighborhood and it made a big difference in how I felt about the place, feeling more connected. 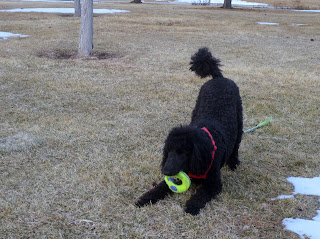 Milo
Milo has a big social need too. He is so much better behaved when he's regularly meeting dogs. This weekend we stopped to chat with a neighbor who has three standards. He was interesting and his dogs were too. He let the 2 yo out first, and Milo recognized a fellow teen. Then he let the mother out who for some reason chased Milo growling and snapping til we stopped her. Milo is always fast, running from us, cutting back and forth impossible to catch unless he wants to, so that came in handy when he was escaping the jaws of death! He was much better after that... she took him down off his high horse reminding him he's not all that. Everyone knows the feeling when they realize they are just one of many, not the most important, they ARE important but they are just one of many. Milo got a reminder this weekend, and he was less cheeky to us after that.
Don't get me wrong, he wasn't frightened... he knew she was correcting him not attacking him because they both ran back and then hung out, sniffing and dog chatting. She just let him know who was gonna be top dog of the two of them.

Eating
Like I said, I need to drink much more water. I also need to make some tea to have cold for the week. My current favorite is to mix constant comment with decaf green tea bags to make iced tea. I also have bananas that need to go into muffins. Luckily I have left overs from the weekend for lunches this week to spice up  our people chow. 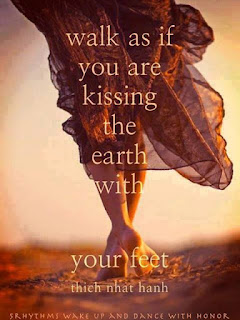