after the grooming is over... 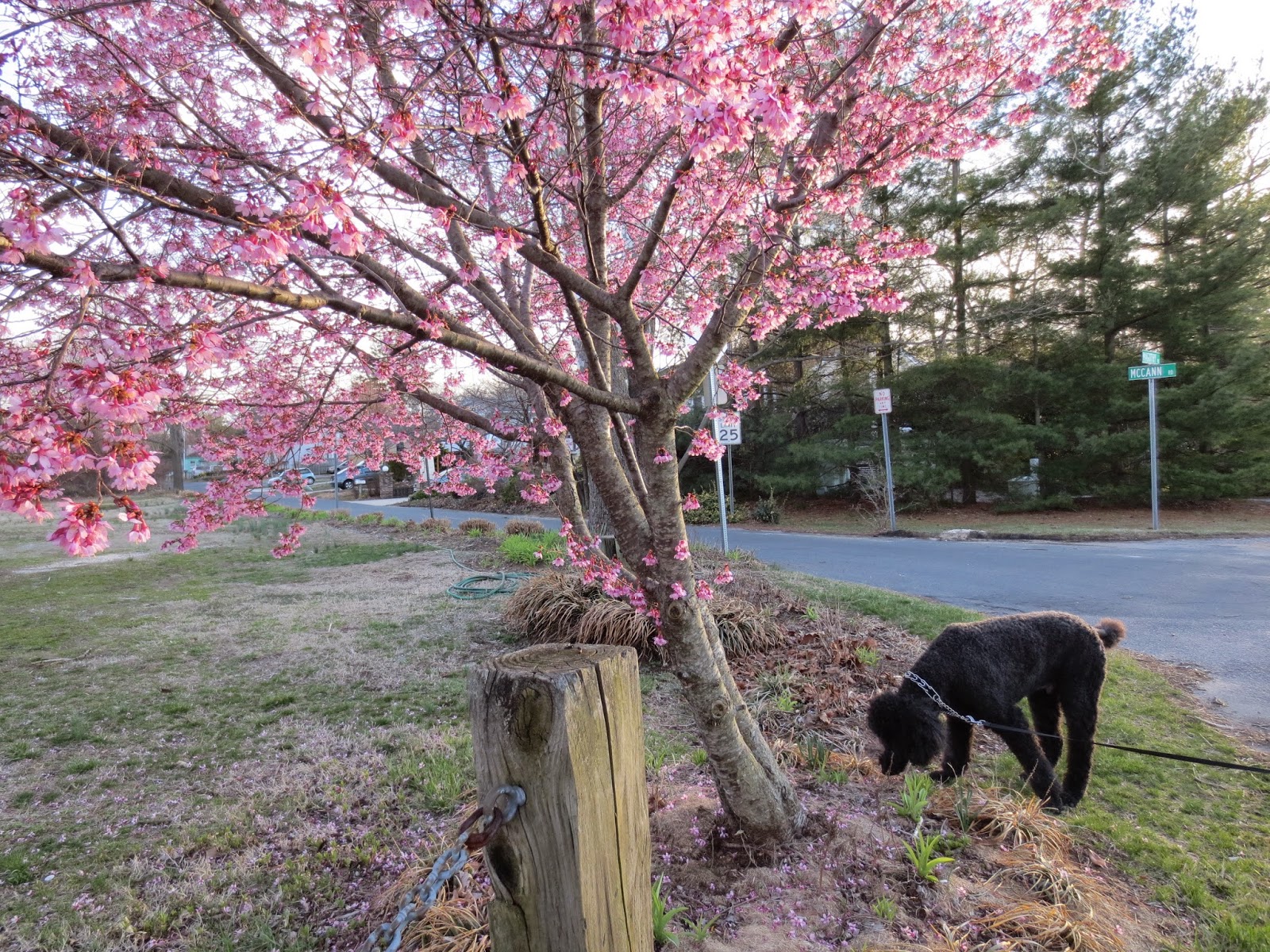 Whew!
We are tired around here and took a moment to regroup and reboot.
Cole: I underwent the terror that all poodles face... grooming. The dreaded bath, where the daddy touches my feet, soap that smells of nothing natural, water in my face. Then they don't want me to lick myself dry. The brushing, the shaver, the indignity of being shaved in certain places, the scissors held by mom who has that intense look. The one where she snips here, looks intently, snips there, sighs, says she just can't get the tail poof right! Oh for Pete's sake, just cut off a small poodle's worth and lets play!

Drew: The dissertation is in the hands of the committee after years of work! I've pushed so hard for so long that the moment's respite feels wrong somehow!Now I only have a hundred things to do and it feels weird.

LeeAnna: I have a hundred things to do and don't feel like doing any of them. Some of them are creative, some of them are nebulous like clean the house. As if. I just feel so tired.  And the grooming... oy! 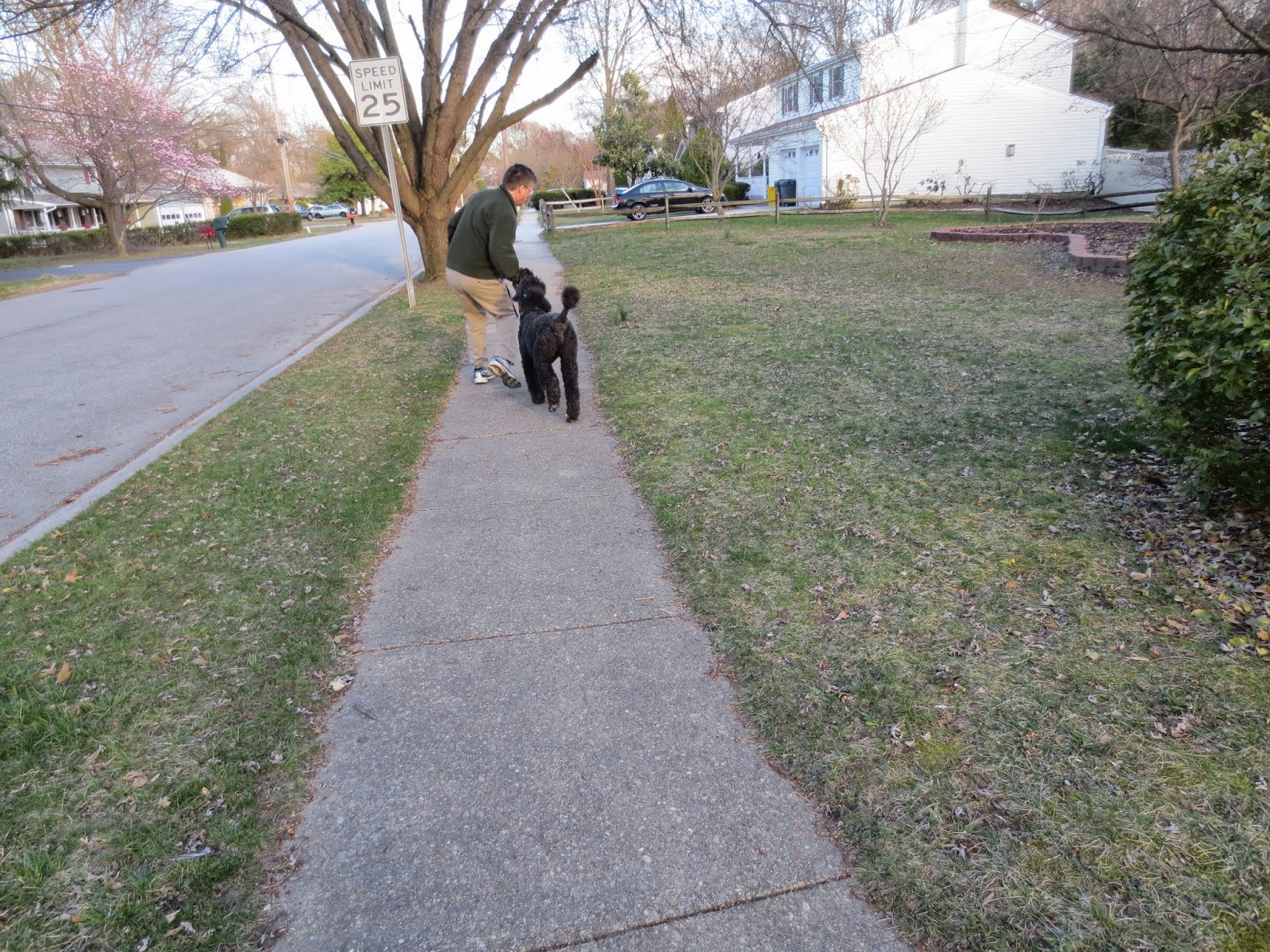 We opted for a Spring-time walk Sunday afternoon.
Cole was so pent up he kept grabbing dad's arm.
I convinced him to take out his frustrations on a stick.

Since puppy hood, Cole has been head of the "Stick-Relocation Program" 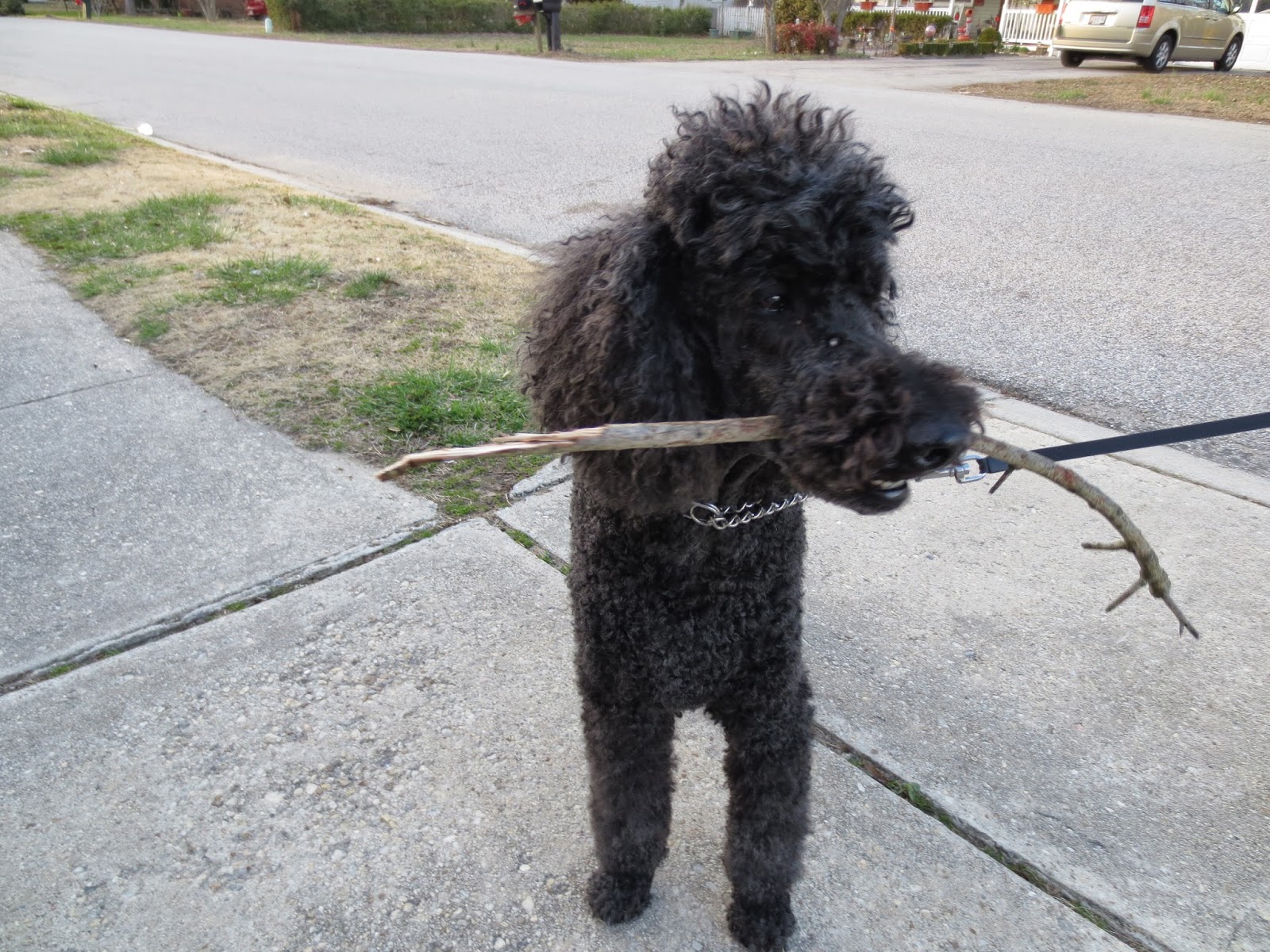 Today he was more into mulching them. Grrrr, soap, grrr, shaving grrrr, "Cole stand still"grrr
On the walk, I told Drew about my walk's goal of finding something big to take a close up pic of to study texture. I love tree bark, and he suggested bark too. So I took this pic of lichen growing on some particularly rough tree bark. You should know, it looks like a tree. Few people would stop, stand inches from a tree and look. I'm pretty sure our neighborhood thinks I'm coo-coo. But look! 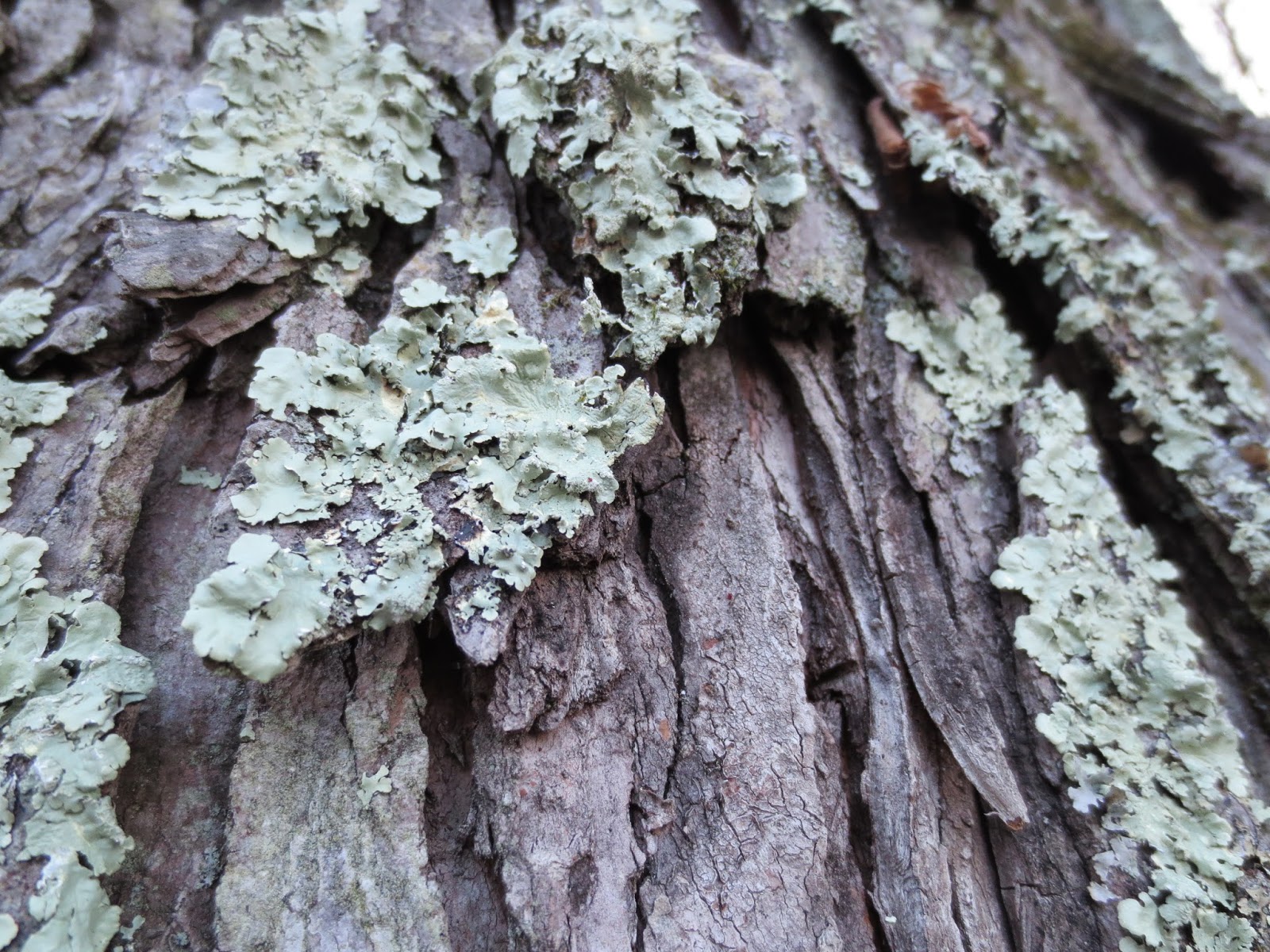 Anyway, we all needed to just hang out and gather our strength for the coming weeks. Drew is coming into the final stages of his Ph.D. in Electrical Engineering. (I married a brainiac) I have a lot of creative deadlines approaching. After the walk, we got carry-out for lunch and watched the next episodes of our current dvd series, Murdoch Mysteries made for CBC (Canada). We have watched many a British series together and are now into this one set turn of last century, with intriguing characters and story lines. The costumes are wonderful to me. Drew almost always figures out whodunnit before the end.
We needed down time, and were so happy to have each other to share it. Cole chewed on two more bones during the show, and chewed off the tops of two bottles. He might need a bit more time.
LeeAnna
ps want to see more poodle stuff? click on these posts!  or look at the p-pod page for pics only
Posted by LA Paylor at 9:25 AM

Email ThisBlogThis!Share to TwitterShare to FacebookShare to Pinterest
Labels: walks-with-poodle