Last week I talked about connections with strangers, this week I am sharing connections that grow between friends. 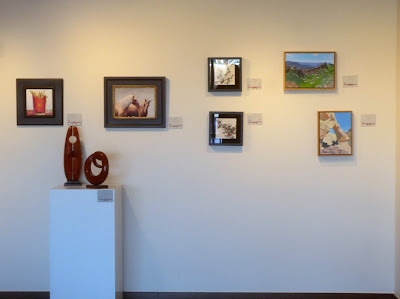 I met Rose when I risked joining yet another group.

I had to give up sewing groups each time I moved, and so I tried one here. That one did not work out... too many of the women were rude and rejecting. I worried that would be the way it was here so it felt like  a risk to meet another group.
Anytime you meet someone it comes with a slight risk.

Three connections to chat about this week:

Rose and I were drawn to each other from the start, I'm sure you know that feeling.
Some back story...
My new group is small, about 8 women, but there was one person who threatened to break up the group before it got going.
That's the way human groups are, it takes one personality to sour the entire group. Polite people give up in the face of a difficult person who knows it all, and talks over others.

The leader asked another member if she was willing to talk to the rude person about the problems.
The person decided to drop out. Because a tactful person took this role, the others in the group were then able to have meaningful experiences together, as the remaining women are respectful, kind, and encouraging.

What a life lesson to me.
Everyone deserves respect, but not everyone can work in every group.
We all would have missed out on a very nice group if we had let one particular person run over us.
And it was handled with kindness and respect for the offending person too.

Back to Rose. A gentle soul, a creative person who expresses herself in gentle works. She is trained as a fine artist, and her paintings find their way into her fiber work. She likes deconstructed representational quilts, with birds and human figures.
The images are blurred slightly, blending in soft color, abstract enough to lead your eye to telling the story yourself. Her intent is to quietly show that we may fray around our edges but we are still recognizable. She believes in the dignity of living creatures and nature.
I trust her.

to have a real friend, there must be trust. Trust that they come from a place of grace toward me and others. We may joke and do... humor is a big part of my life, but not at the expense of others.
There is plenty to joke about without hurting someone else, that's not really humor anyway. Making someone the butt of a joke is aggressive even if you call it joking.  It stops real connection. None of my real friends do that to each other.

Rose and I have begun doing things together outside the group, which allows us to risk being open and real with our feelings, building a friendship, a soft place to be. Our talk is about our real lives and experiences, and with her it's easy.

Last week,  we toured an art exhibit, where we could discuss each piece and our reactions to it.
Hearing another person's opinions is expansive to me, I learn and grow from it. I feel people can harden inside thinking their opinions are the only valid ones.

By sharing our opinions and reactions, and by accepting that opinions differ from ours, we grow. We may decide why we will continue to see things our way, or we might change slightly to include an idea we had not considered before.

Because we decided to trust each other, we learn about ourselves too. Our friendship is growing.

2. A second connection was with a library representative. In an annoying fashion, my password ceased working out of the blue. I called a representative hoping to correct the issue.

We did that dance of info, where I say that this happened 'out of the blue',  the rep says it couldn't have and doesn't make sense, then I say well it did happen, and she says, "well, ma'am..." and I say, "but it happened... how did it happen, did someone breach the database? She said, "there's nothing sinister that could have happened. I say, well it happened, and I can't request books now. (take a breath) A few moments go by

Then in a flash of insight, she asked, "did you request an inter-library loan this week"
me: "why yes I did. It went through, then I got notice it didn't go through, to ask for a librarian's help so I did and she made it work"

Rep: "ahhhhhh she must have used your phone for your password,  like most people do"
me: " but she didn't ask and I don't use those digits. Did she change my password?"
Rep: "yes"
Me: "can you change it back to the one I had?"
Rep: "sure" "just a minute"
So she changed it back. Mind you, the first one changed it without asking me, wasting a lot of time  sorting this out, and the second one "ma'am-d" me which sets me off, but... it finally was sorted out and I thanked her for finding the answer so I could relax and actually go back to using the system.
Nothing to do but just move on, she won't train the first person not to do that again, this could likely happen to me or others again, it was annoying and time consuming but... it's cleared up.
Next time, could we skip the patronizing, "ma'am..." -with-sigh at my bothering-her part?

Let me just say, I could easily have lost what little patience I have left, but I didn't this time.
I didn't respond to the patronizing tone, or the dismissive words, I slogged through repeating my words that were ignored the first time.

Some connections are not fun, but are productive.
I left the encounter with a grateful thank-you, hoping the next encounter she had would go easier on the people she helped. We have the choice with each connection, to make it smoother or rougher. We can react and say we're justified, and we are, or we can choose to leave content rather than prove we were right.  Just like in marriages.

number three this week happened on a neighborhood walk. I passed a woman who asked if I had a phone with me. I had met and chatted with her on a prior walk, just once but it was a pleasant exchange. Because we had met, she shared she locked herself out  of the house. The dog and two cats were watching her from the back door. When she went out, the door brace fell across the back slider and she was stuck.
Because we had met, she felt comfortable with me. I did not have my phone, as I do not want distractions when on a walk, from the peace. I asked what she would do, willing to have her walk home with me to call her husband to come with a key. She laughed and said she'd go next door and ask that neighbor to call.
It's good to know people in your neighborhood. 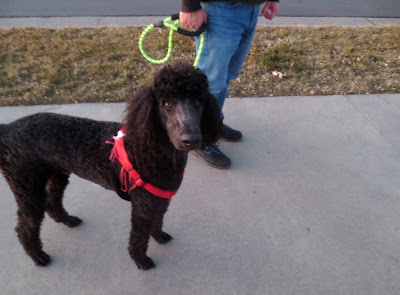 Milo just reminded me to tell you about seeing his friend Gunner. Gunner is about 8 months old, and a great dane. Last time Milo saw/played with him Gunner was Milo's size, and two nights ago, we saw gunner, now at 108 lbs he's twice Milo's size and Milo was shocked.
Gunner: " Hey buddy, it's still me!"
Milo: "are you sure? I mean you smell like you but sheesh! what happened to you, dog?"
Gunner: "I don't know.... I trip over my own legs!. But I'd still like to play sometime... have your peeps call my peeps!"
Milo: "er, maybe you should learn to control those long legs first? And maybe get the big boy surgery? I don't always trust boys who haven't had their surgery"
Gunner: "what are you talking about?"
Milo: "never mind" "bark at you later"

I wrote a bonus post on connection stories on Monday Here
If you write a post about a connection you made, good or bad, with anyone of your choice, let me know to include a link.

as always...
there is a moment in the day when you make a choice to connect with another person, or walk by.

I say, make more moments ones of connection than of isolation. They might last only a moment, but wouldn't you rather walk away smiling than not?

If you have a story of a momentary connection with others, I'd love to hear about it. Write a little post and I'll link to your blog. I'm planning on doing this each Tuesday. "Reach out and Touch-Tuesdays.


Linking to
cheesy photos at ched curtain
https://comedy-plus.wordless wednesday
Posted by LA Paylor at 3:30 AM

Email ThisBlogThis!Share to TwitterShare to FacebookShare to Pinterest
Labels: connections, together Tuesdays