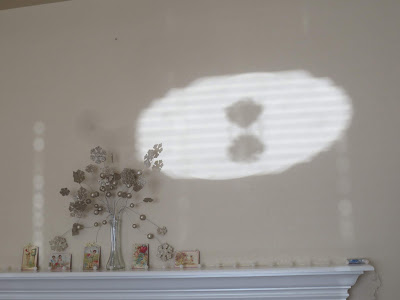 
When Life Changes
The train was keeping rhythm in her body as she watched the country side go by. Susan let her book fall to her lap so she could close her eyes a moment, feel the rhythm of clackety clack lull her into peace.


She needed to block the monkey brain jumping from idea to idea.


Just feel it she thought. Just let your body sway in your seat, hear the faint sounds of other people talking, breathe and relax.


Opening her eyes, she saw factories in the distance, wondered if people were working today. It was a work day for most, and there was a bit of steam or smoke rising from the roofs. Did they mind their work? Did they zone out like she was trying to do now? As they came alongside the buildings, she noted the intricate brickwork along the roofline and wished they still built them that way now. No, nowadays it's all about profit, and no one seemed to care about beauty as much. She did but then she was not like most people.


It had been a wild whirlwind of a week for her. (clakety clack, woo woo, look out coming through)

She glanced down at her blue phone and thought how much beauty in the everyday meant to her. She never expected to be an artist. She dutifully went though university on a scholarship to become a teacher, but her heart was always into the arts. She imagined her name up in lights over a Broadway theater, or on a poster for an art opening, but it was a good thing to know her name would be on the cover of her first novel too.


She was taking the train to the city, NYC, the BIG city. She had never expected the call from the editor, informing her they wanted to publish her book and asking for a meeting. Turning her from a high school English teacher into a published author. She sent a request for time off to the school immediately, then turned her attention to what to wear.


Why is it so important to women, what to wear? Men put on their suit. A suit, requiring no more than a trip to the cleaners, and choice of tie color. Susan hoped this would not necessitate a move, she liked her little house and the town. This book would hold her story, but also her hopes and dream of becoming successful. She thought of the framed picture of her dog, that she kept on her desk at work. She thought of the students, then thought of the mindless demands of administration. Demands that she do bus duty, and meet on her own time for planning. If this worked out she might just quit, or she might just not be as resentful about the stupid demands  as she was now, just enjoy teaching knowing she was really an artist underneath.


What a shift that would be. She liked the students, and liked writing at night. One day she could make a really big change, but for now she needed to quiet her soul and prepare herself for good things to come.              (c)LAPaylor

linking to
https://magicalmysticalteacher.wordpress.com/
Posted by LA Paylor at 3:30 AM