wake up! art and commentary 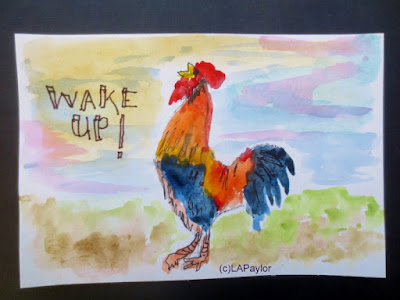 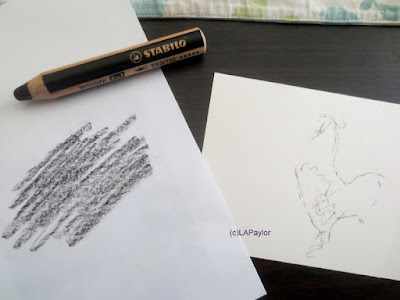 I searched google images and found a rooster with his mouth open... telling us to wake up! and I see that as very appropriate for our country this morning

I copied the image the size I needed, colored over the back with stabilo crayon, then placed it face up over the index card and drew the lines I wanted as reference. This is for personal use. 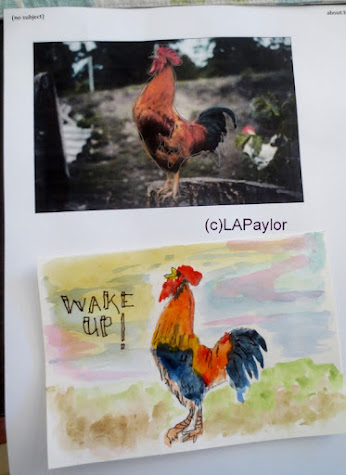 I painted it with KOI watercolors, my waterbrush, used staedtler fineliners for lines and lettering in my own font.

Our Democracy is being threatened by people who do not believe in following laws, but in taking power through guns and force. This is not the country I grew up with. It's not even the majority of people who are okay with this take over... today as we shoot off fireworks and eat hot dogs, remember freedoms are not to do any damn thing you like, freedoms are to self govern through votes... and every American vote should count.  Remember Americans are not defined by race as one senator implied, and while I'm at it, women are citizens too and have rights as such.

If any state makes it harder to vote, do what it takes and vote to elect officials that will honor their vow to protect the constitution and follow it's laws

Email ThisBlogThis!Share to TwitterShare to FacebookShare to Pinterest
Labels: icad

Well said, LeeAnna! May our flag of freedom wave forever!

Oh, and I love your rooster! The colors you chose are beautiful & perfect.

Love your rooster and so aptly said. I know my daughter sure doesn't feel like we should be celebrating with so many of our freedoms being taken.

very nice rooster rendition with koi. This reminds me of my former pet rooster, Peaches who lived to be about 5. RIP peaches.
i'm still waving my fading freak freedom flag on the forth
and all the other days that follow. sonja

Love your rooster! Wake up indeed…we must all work to restore some semblence of respect, dignity for all and freedom for our own bodies. We had come so far…and now this. I pray we can recover and work for recovery in my small way.

Your rooster is wonderful - I love the colors. I am in total agreement on your 'commentary'. We are sliding backwards so quickly after years of fighting for equality, the environment, and common-sense laws for the good of all, not the few. It's discouraging, but we need to keep fighting and vote for people who care about our democracy, our children, and human and environmental rights. x K