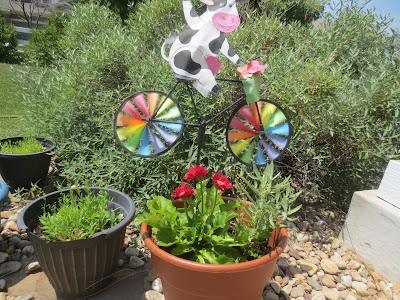 these are the questions from Sunday Stealing this week. I decided to only answer the ones that mean something to me...feel free to answer them too. Wouldn't it be fun to answer them around a dinner table together?

1. Have Your Ever Driven Drunk Or Even Slightly Buzzed? no
2. What Was The Funniest Moment In Your Life?
3. What Kind Of Things Really Makes You Laugh?
4. If You Could Jump Into A Pool Full Of Something, What Would It Be? ick

5. Which Habit Are You Proudest Of Breaking?

thumb sucking as a child... it was soothing and I didn't sleep well while trying to stop

6. Which Animal Do You Find The Sexiest Of All?

7. What’s The Weirdest Nickname You’ve Ever Had?

" legs" not because of  pretty legs although I do have dancer's legs, but from a field trip on a train from Florida to Washington DC with the band to march in the cherry blossom parade. Our seats faced each other and I kicked the others because they teased me.

8, What Do You Wish You Were Really Good At?

10. What’s The Most Spontaneous Thing You’ve Ever Done?

When we reached our destination of Yellowstone park it was dark, rainy and the power was out all around. A group gathered at the only store, for something to eat that night. Two guys on massive motorcycles and my friend and I began chatting. After a while we talked of their cross country bike ride and one offered to take me for a ride. I sized him up, trusted him and got on. It was the scariest thing, probably the stupidest thing in the world but he was lovely and I would never have done that in other circumstances, and he brought me right back.

11. If You Had A Time Machine, Would You Go Back In Time Or Visit The Future?

back, I want so much to feel what life was like in the past

12. What Was The Last Show You Binge-Watched?

13. If You Had To Rename Yourself, What Name Would You Choose?
14. What Did You Do During The Summers When You Were Growing Up?

I remember playing outside a lot, bikes, skating, skateboarding, painting while sitting on a blanket on the grass, making up games with friends. When older I visiting my grown sister's family for a month wherever they were living. I watched a lot of tv, read a lot, and sometimes took classes in art. I got to stay up late, the best part. We often went on vacation from Florida to North Carolina's mountains and I rolled down hills, picked wild blackberries, hiked, and played outside in the creek.

15. If You Go To A Restaurant And Have Terrible Service, Is It Ever OK Not To Tip?

I don't know if it's okay, but I have done. I left 50 cents once from rude poor service. The waitress showed the first energy we'd seen as she chased us out in the parking lot and threw it at us. She was bad and rude all night. I think if she was just bad service we might have left minimum percent. That was when I was very young adult, now I would call the manager over instead.

Here is the link to other people's answers https://sundaystealing.blogspot.com/

Email ThisBlogThis!Share to TwitterShare to FacebookShare to Pinterest
Labels: getting to know you