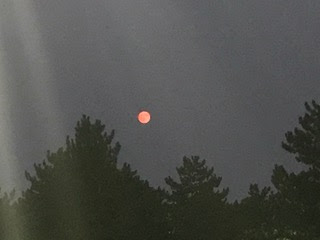 The word prompt this week is from Sunday's Whirligig:

This was the exact kind of joint she never went into because it was seedy. She drove by twice before she got the courage to park and go in.


She could almost smell the thick smoke from here, as old guys with long dirty looking hair sat dangling cigarettes from calloused fingers, and ogled the old worn out waitresses who brought them beers. There might be country songs being whined from the jukebox, and maybe some skinny woman with a cough on the dance floor by herself, trying to get one of the bikers to join her.


She'd been in several of these places as a teen, sent looking for her father. Nothing good ever happened in there.


This time  was no game, she had traced her best friend Kathy's older brother here. To this dark bar,  oddly named the "cracked coffee cup". Ironic because the sign over the door was broken and hanging from one chain, long since turned from a nice coffee diner to this disintegrated collection of wood, stink and lost dreams. She checked the alley beside the door, and saw garbage cans overflowing with chicken wing bones and old cans.


It was like time had stopped in the 50's, and not Donna Reed's 50's either. Wasn't it funny that people always remembered the best of the past and forgot the gross parts? Did they mean to do that? Pull the wool over their own eyes?


Squaring her shoulders, pulling a cap over her hair, and assuming an attitude of toughness she didn't feel, she got ready to go in.

Just as she reached for the dirty rusted doorknob, her phone rang... whew! a welcomed delay!


it was Kathy with an excited voice, "Jeannie, don't bother! He just came in and guess what! He's sober! He's been at a treatment facility for the last month! He's sober, and the old Johnny! Isn't that cool! " She heard an old jazz song playing in the background, behind her friend's excited voice. A song from the 50's making one think about how happy life was. Ironic. She looked at the bar door, and stepped back one step, happy to turn away and return to her clean car and safety.


She hoped Johnny would stay sober this time so her friend could stop worrying. Hope grows eternal she thought. She also thought being an investigator had it's drawbacks and wondered what it would be like to have a normal job.


yes, once she drove away, went home and showered, she would figure out how to get a day job that suited her better. Not once did she look back in the rear view mirror as she drove away from the 50's.

Linking to
http://sundayswhirligig.blogspot.com/
Posted by LA Paylor at 3:30 AM