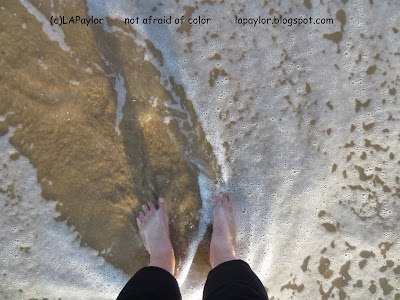 Dancing foam.
We escaped to the Beach for two days, hoping to reboot and find PEACE.

Strong winds curtailed our plans to sit outside, me painting while Drew played the guitar. We got there Monday afternoon and it was still sunny, so we took a long walk along the shoreline and it was renewing to our spirits. I have more pictures and thoughts on that for future posts.

I grew up in Florida walking on beaches, sitting and watching the waves roll in, hearing the swoosh of the water and cries of gulls. Smelling Coppertone lotion. Feeling sand sift through your fingertips. Breathing clean air. Seeing clouds change shape as the light changes thru the day. The soft tickle of sand eroding under your feet as the water comes and goes.

Nothing stays the same really, and nothing changes.

We did not know the weather would take a decided change by the following morning. 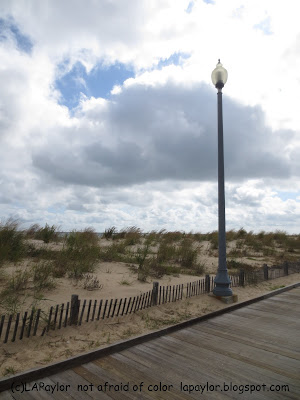 The video (bottom of page) is of dancing foam at the shore line on Rehoboth Beach DE this week.
They were just cleaning up from a storm the weekend before and are facing landfall of Hurricane Mathew. Big tonka trucks were removing huge benches as we walked along the shoreline. Metal shutters were being lowered onto windows. 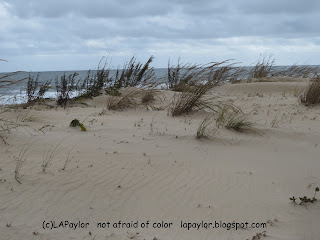 We managed to take several long walks around town, and on the boardwalk but it was tough. The wind whistled through our room when the door opened. 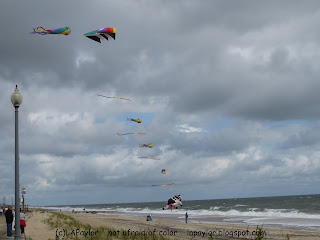 These kites were tugging at their moorings... look closer... see the one near the bottom? Wonder why it caught my eye... 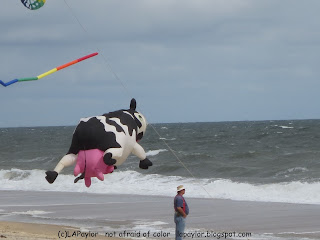 We watched as the wind created something akin to tumbleweeds with sea foam too.


I tried to capture it in the following video. I don't know why it formatted into such a narrow frame, but try watching it from youtube ( LINK) where you can put it on full screen. 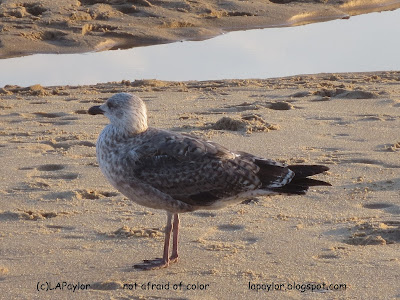 It's oddly relaxing to watch the video and see the waves repeatedly building and crashing. I caught a brave gull trying to find a snack, and  toward the end, I pan full circle to give you a sense of place.

I hope you get a feel for that moment.

We visited the beach, Wish you were here...
https://www.youtube.com/watch?v=o109Y5Gg94I

linking among others to
wandering-camera-
Posted by LA Paylor at 6:00 AM

Email ThisBlogThis!Share to TwitterShare to FacebookShare to Pinterest
Labels: travels