this week I read a post on someone's word of the year and I remembered it's time to choose mine.

Oh, none chosen yet... and last year's word fell apart for the first time since I started doing this years ago. I found out how important these words are, how much I learned each year by leaving myself open to the experience.

I also discovered that I seldom learned or experienced what I thought I would.

Back to my online friend's word... empty.( read her post here ) On first thought you might wonder why someone wants to explore emptiness.

I told her, "this sounds like a Buddhist way of being to me, peaceful, empty, making room for the daily blessings"... adding....

"If a room is empty, any ornament becomes the focus "

Then I stopped to read what I'd written and realized how important this is.

Imagine being able to live with a bit of room, of letting go of some preordained concepts that do not fit, of making emotional space for new experiences, of making room for new friends, of clearing away things you no longer need making room for that which you now need.

Anyway, she made me think and that is a good thing. I will be thinking about my word for the year. Last year I chose a phrase:

"open the door" and thought I would open myself to new things, experiences, places and people. Then the virus struck and it was not safe to open any doors. I began to hear people who live  around me saying idiotic things, dangerous things, hateful things because they believed the rhetoric of one man instead of looking for facts. They listened when he told them I was their enemy instead of being just another citizen with a different point of view.

I became increasingly isolated and depressed.

When you choose a word, mostly you will learn sideways. I learned how others 'close their doors', I learned when to open my own and when I felt safer closing it. I learned why some people are closed off, and it had something to do with perceived safety. I learned a lot this year, from my phrase.

We are approaching a time when we can make a fresh start. I hope others will empty themselves of preconceptions and old beliefs that are not based in facts, me too. I hope that word presents itself over the next month so I can start anew too. 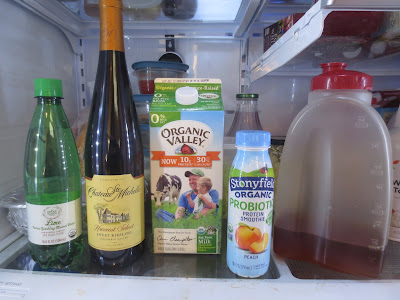 For my friends at T is for Tuesday, where we talk about our creative lives and show what we're drinking  my  photo of assorted drinks in the fridge.

Creatively I am trying to be in the moment and notice what is around me. Colors, lines, repetition, balance. Nature is a great artist if we slow down to see. I used to have a great quote on my studio wall in Maryland, and cannot find it now, but it said something like

I love color, saturated color and took on the challenge to use light neutrals as my focus this month.

At first I balked... no way! I don't see the value in that! It's not exciting or colorful! Bah! Then..... I opened my mind to what neutrals were, and discovered a calmness and gentleness in using low contrast. I used enough contrast to see the lines of my art, and yet allowed my mind to make order of the lines. It's like a conversation where the viewer makes up their own minds about what is there.

To come full circle it's like making space, like becoming empty so that we can start anew. 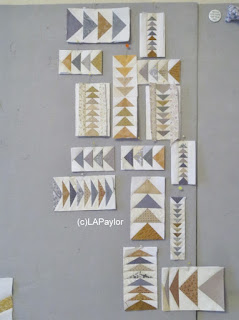