It's been a busy sewing week here 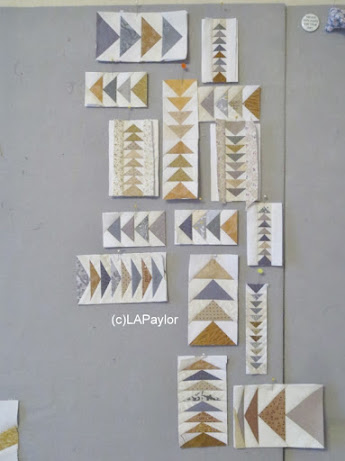 the color of the month at the rainbow scrap challenge is light neutrals, and I made a number of foundation pieced geese to explore the concept. I say concept because as Joanne reminded me, lime green is my usual neutral! 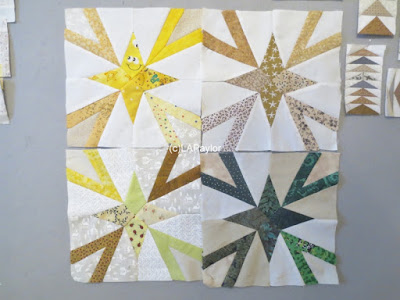 I pulled fabric scraps from four bins... white/beige, white with busy patterns, and brown (for light tan) and gray

The concept of doing blocks with neutrals made me pause. How will I get strong graphic lines with lower contrast since I use neutral grounds in all my colored blocks for the year? 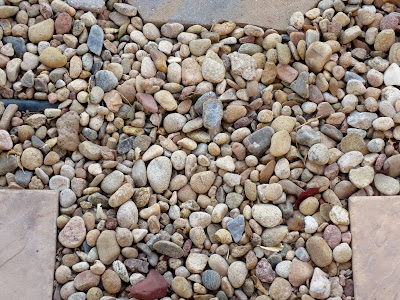 while watching Milo playing out back, I looked down to the stones around the patio and thought, these are all light neutral. And beautiful in their mix of color. What makes them so pretty however is the shadow line around each stone, dark black, that gives them shape to our eyes.

I like contrast generally, and like to make sure anything I paint or sew has a mix of light to very dark tones.

Neutral is not a color, so while I initially thought beige, that's just a light version of brown. Then there's gray (version of black) but it can have undertones of blue or brown. Few people would see pink as neutral even though it's a light version of red... and can easily be used as a neutral background to strong colors forming the block image.

I also tried this pattern.... first trying it here with two fabrics fused together, edges sewn with zigzag, then beaded... it is flimsy but cute as a pin cushion. 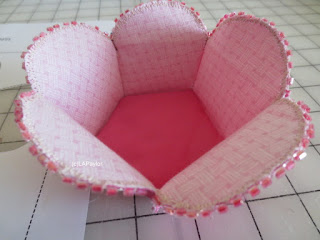 Then I fused two fabrics to peltex and zigzagged along the top edge, sewed the petals together to form a dish. 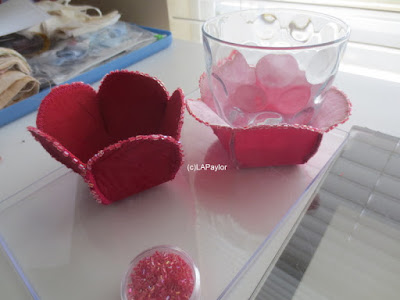 which had more substance. I loved doing the buttonhole stitch with beads by hand along the tops of the petals, going down the sides of the peltex version. I noticed my glass fit perfectly in the first one!

Back to the study of neutrals I worked on regular flying geese blocks, a big variety in size and shape, printed from SewPrecise software in different widths and lengths, mixing browns and grays against really light whites 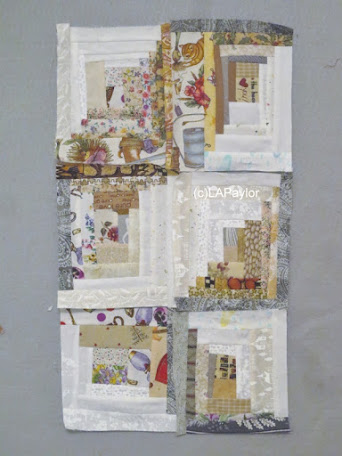 I also made some improv log cabin blocks, and found it hard to see the contrast up close but when the block was larger, the design showed up nicely! I have stored these busy prints on light backgrounds for a long time, unsure how to use them. This works well if you only use really light tone on tone fabrics to contrast. 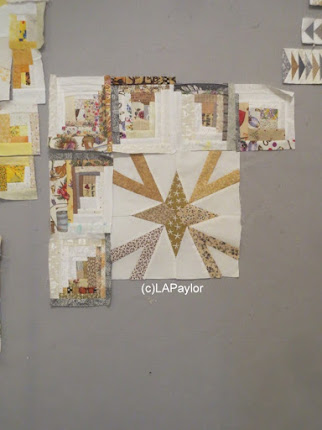 I was shocked at how much I like this look!!! 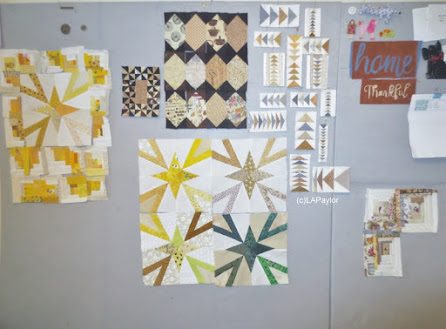 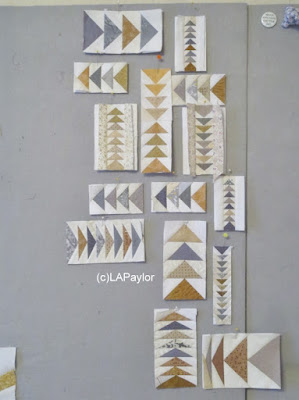 especially these geese. I think I might piece in a light light really neutral background between these blocks, keeping them in this orientation while making a rectangular quilt.

Who knew the queen of contrast would enjoy seeing the lines emerge in neutral colors?!!

I heard from a friend this week, that her parents came down with covid but next to no symptoms. Her father died 3 days from finding out, the mother still has little sense of smell and depression after 7 months. I had meningitis and lost the ability to sleep soundly as well as now have dyslexia with numbers. Stop playing around with this. You can help the world by keeping your distance and wearing masks to slow the spread until a vaccine is developed. Then get it. 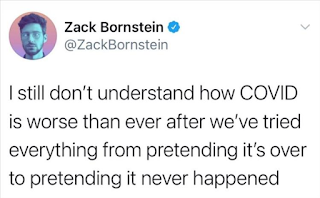