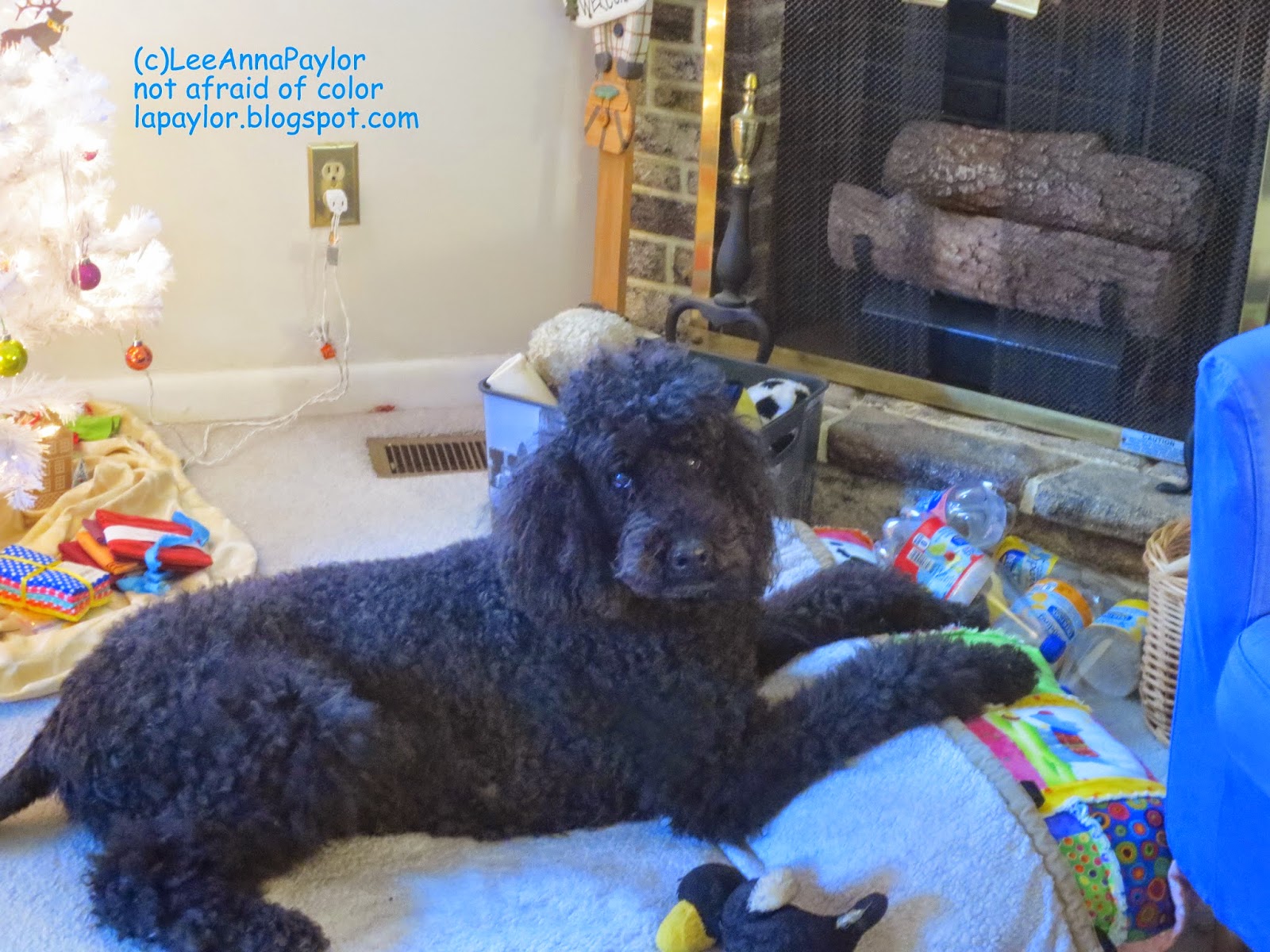 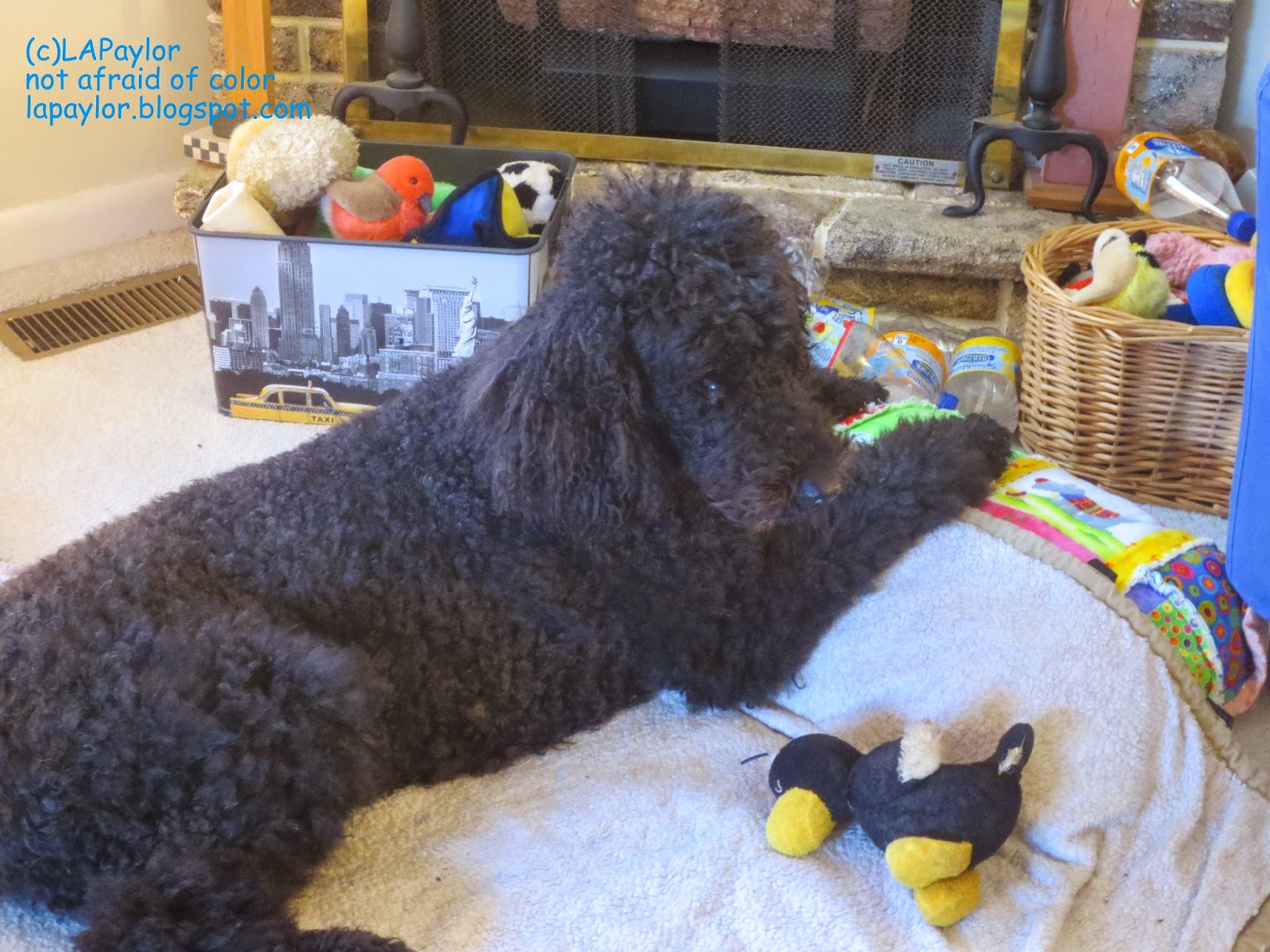 What would the caption be here??
If you need me I'll be in my nest?
I was wasting some time letting the TV suck intelligence from me, while I played games on the IPAD when I glanced up and saw this.

He's never reclined this way before, with forearms on his pillow facing his toy box. Maybe he was wishing he had a poodle version of an IPAD.
"Angry Squirrels!"  "Critter Match" "Word games for Poodles"
Cole is waaaay overdue for grooming. He is really cute and really smelly. It would appear that being an (ahem) older pup he just might dribble a bit when he pees. I know he stores food particles in that 'stash, like many men. (have I told you how much I dislike the trend to the unkempt beards??)
So even though there was snow and ice outside, and we cut his hair on the front porch, we buckled down and gave him a bath yesterday.
POOR my husband!
Afterwards, even though dusk was approaching early from cloud cover, we three went to the porch where Cole had to suffer the indignity of having his nether parts shaved.
NO ONE ENJOYS THIS
I put on my hazmat suit, face mask and do my best to shave a very intimate area. Poodle hair grows almost everywhere. And curls. And clean poodle hair floats in the air like dust.
We had to stop at shaving the face and er, important areas and forego the rest of him for later. Then we went for a little walk before dark, and he fairly DANCED.

I figured he was thinking " Wow felt like I was only being groomed for a minute this time, and mom only nicked me once! No Feet?!? Score!!" 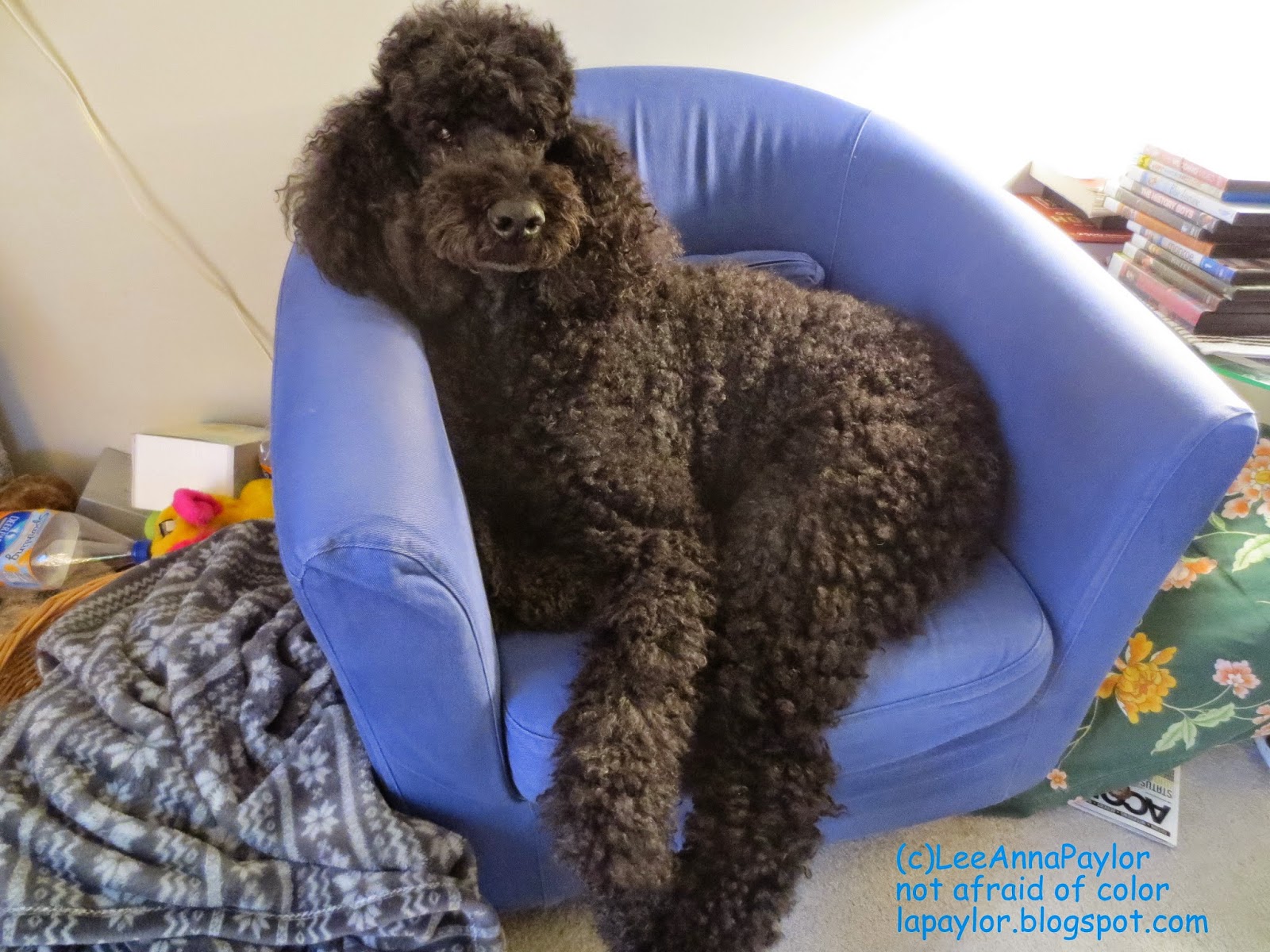 Poor boy! Little does he know today, the grooming continues. LeeAnna
linking to Monday Mischief Pet stories
ps  the fabric bundle under the tree, which is STILL UP, is from my friend Kaja. How did she know I like fabric? This is her place sewslowly
pss I bought this calendar to give to one of you... leave a comment about it if you want to win it!! It's so cute. 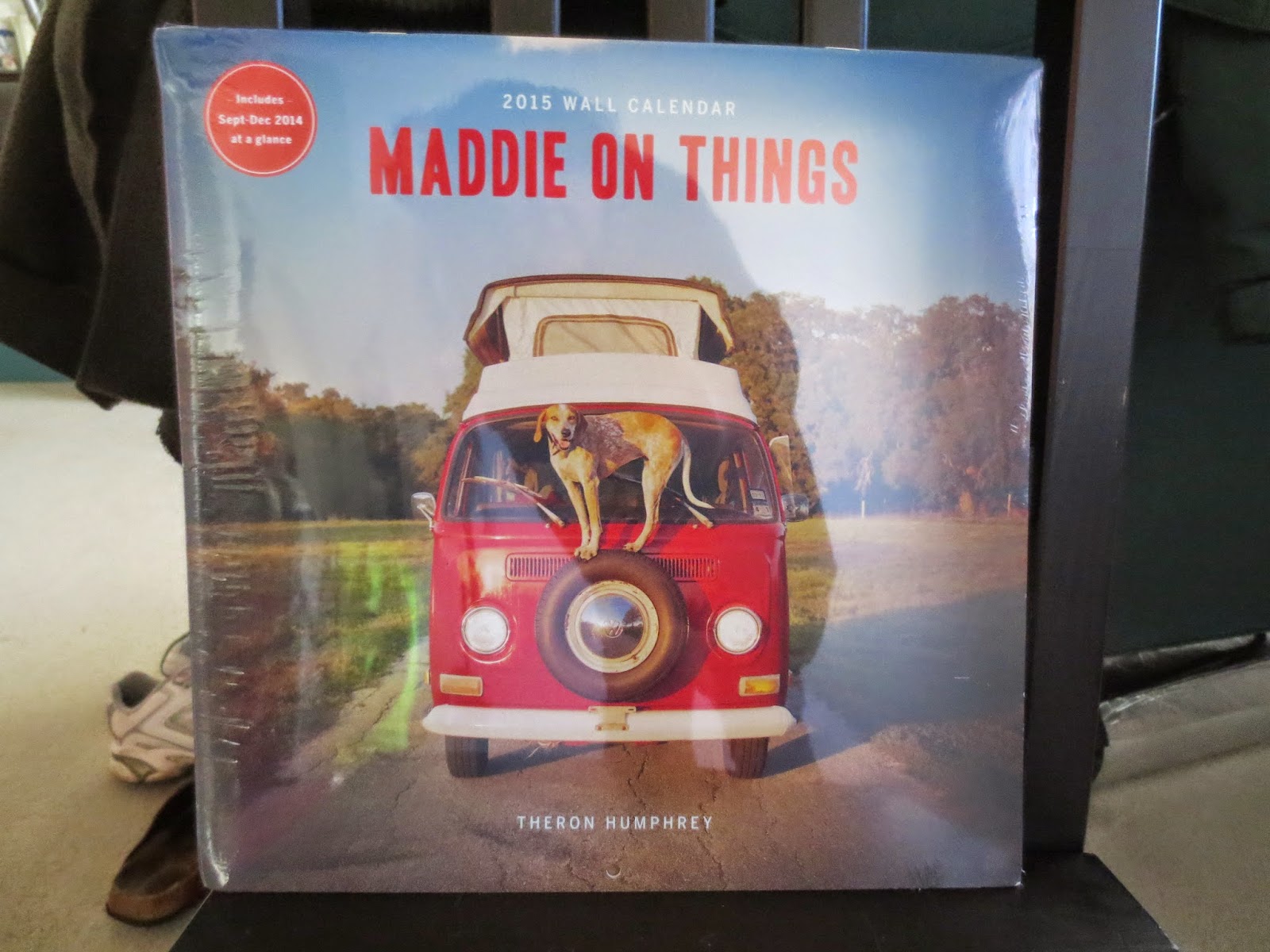 UPDATE: I drew names and Shannon won the calendar! Congrats Shannon, hope you enjoy it, and thank you so much for being a constant reader of my blogposts! Cole thanks you! LeeAnna
Posted by LA Paylor at 9:47 AM