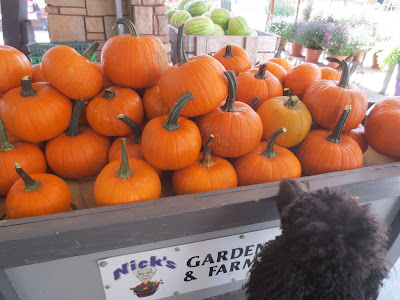 We had a busy week here at Chez Paylor. Welcome to this week's list of likes...
We went to the garden/produce center and Milo wanted a pumpkin.(It's just a little too early to get that kind of pumpkin, Pumpkin.) Even to get one of these kind, seen at a store in Manitou Springs 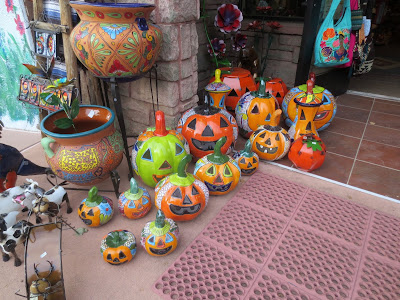 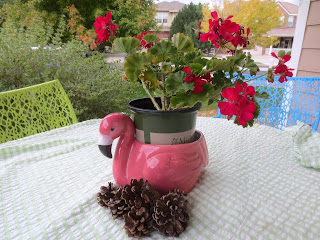 Did you think you were leaving here without a flamingo picture? Ha! I thought this was very clever! 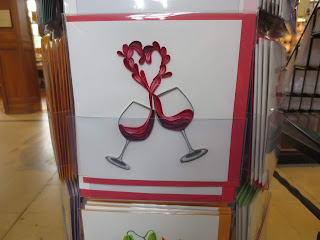 This week I liked working in the studio building a design wall.
Details on that later... just know I cut the gray felt two inches too small to comfortably pull to the back.
Ack

We managed to see the Dead Sea Scrolls exhibit at the Denver Science Center. 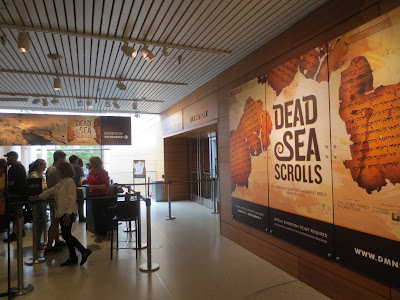 No pictures allowed, but the history lessons were astounding. Many records and written reports were hidden away to save them from the advancing Roman army who was intent on destroying Jerusalem. While waiting to get in, we visited the puzzles/games exhibit... 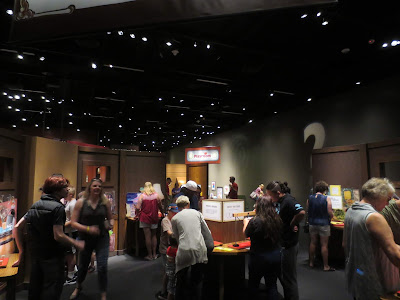 WOW! I thought what fun to go with a group of people and have a games scavenger hunt with teams! We teamed up with a 9 year old girl to solve some of the puzzles!
I plan to return as this was so much fun! Lots of stations and puzzles to do. It was packed, adults and kids alike using their smarts.

I liked this fountain at the garden center... it was so pretty in person, but Milo and the rabbits here would treat it like a big water bowl. 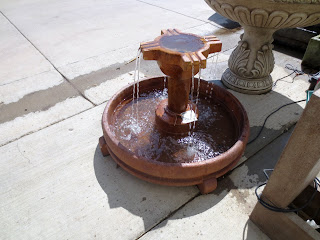 While picking out peaches, and tomatoes we decided to try their little cafe for chili rellenos 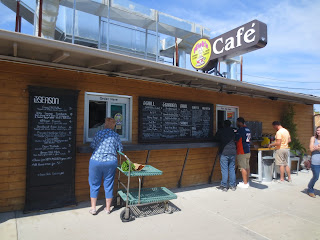 and yum. So, you can buy a bushel of peppers and they will roast them for you here.

We drove to Manitou Springs on Sunday for a craft show and to see the area.
I got a tie-dyed shirt/tunic that will be pretty with capri leggings soon, since it's cooling down. 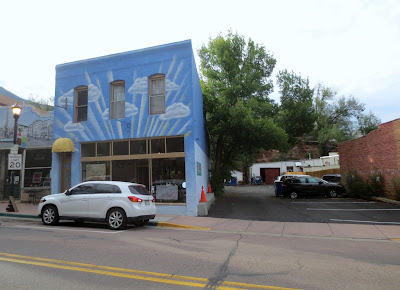 I liked the buildings in the town...
The town seems to be full of artists and individuals. 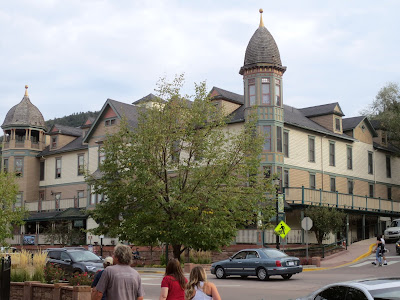 lots of people and dogs and people who like dogs 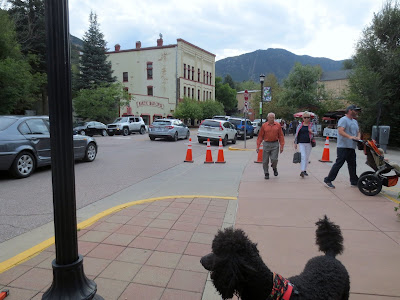 Lots of towns here have mountain backdrops. I like the western fronts to many buildings and took several shots, including this one 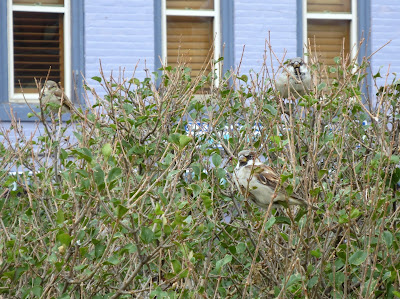 trying to get the building and almost missed the three birds hiding in the bush next to me. See them?

We got a beautiful hand made pottery spoon rest (useful items should be pretty right?) 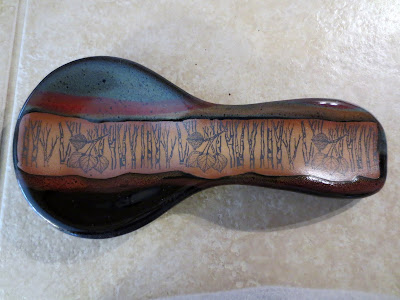 at the Vault, the original bank building... look at the gorgeous ceiling! Silver and gold! 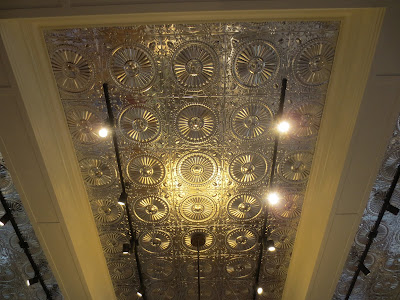 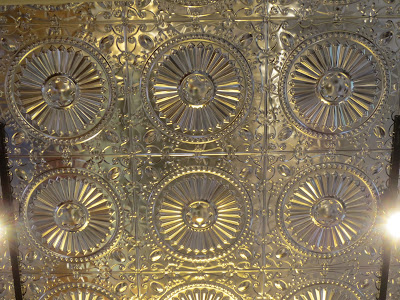 Speaking of quits I spent some time at Joann's and got this cool box on sale... 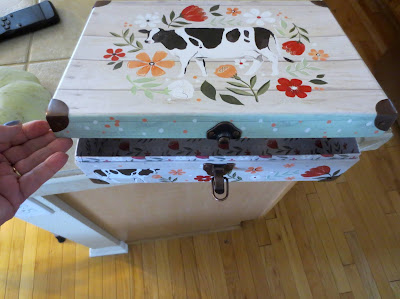 you didn't think you were getting out of here without a cow did you? I purchased some light gray felt to cover the new design wall, and some great deals on fat quarters too.

I wrote a story that touched my own heart... in case you missed it, it's (HERE!) 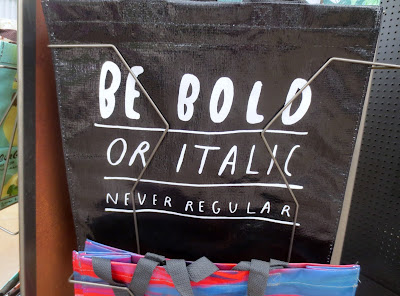 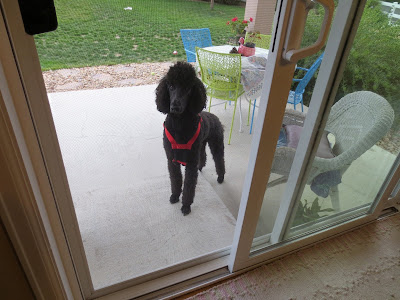 Hi Y'all! I had fun playing this week.
I like it when the door is open to the screen so I can see what my pawrents are up to but still chase bunnies.
I especially love playing "WILD POODLE PUPPY" at 10 pm with my pawrents! I race around, run in circles, growl, grab their hands, tempt them to chase me with toys! Oh you should hear the laughter!
(and thundering sound of enormous poodle feet!) No pictures cause they'd be a blur and the paprazzi isn't here that late.

I liked these new treats Mama got me 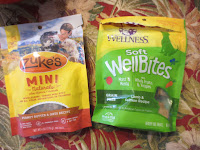 Don't tell Mama but I like being clean and having my hair pretty, so even though I felt the need to fight off Edward Scissor Hands, I kind of like how I look after... 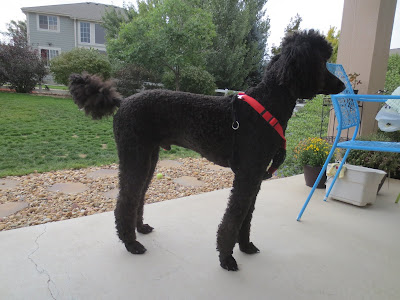 Mama seems intent on shaving all around my pads and toes... don't you hate how the shaver tickles your feet? I do. But now I am cooler and feel great! And Mama doesn't go Peee-ewwww when I walk by.

Now please visit these people keeping track of things they liked this week!