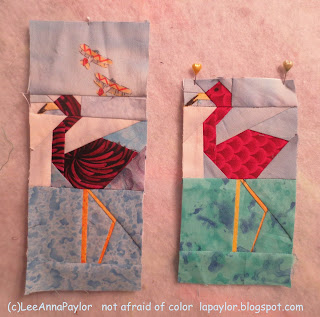 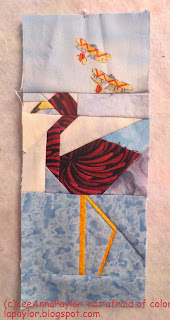 Here are the red Flamingos for July's so scrappy challenge.LINK

I looked through my red scraps and tried to find some that had texture that would read as feathers.

I mean, it doesn't matter I could do polka dot flamingos but I thought I might try for texture. 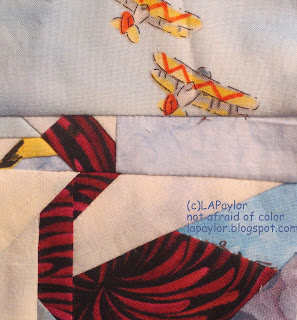 see the little black threads from ripping out a seam?
so these were the fabrics I chose... 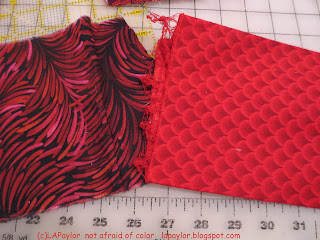 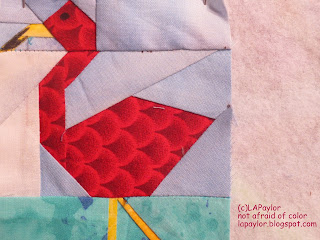 I used a black pen again, for the Goth lipstick.

I'm running out of sky scraps. For real! I might have to actually cut a slice of yardage, put it in the scrap bin, then say it's still a scrap block, lol!
Note these two are followers... facing life the same way... walking single file...the second one saying, "I got your back"