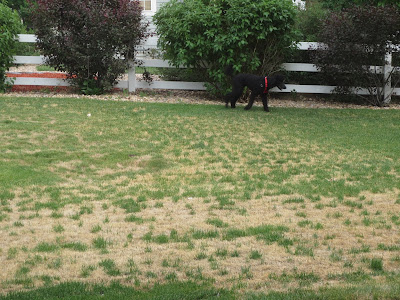 My offering this week:  a bit personal!
IT'S A START

She was so very tired from decision making.

No one told her how hard it would be to unpack each box, find the things she had lived without for six months, and now decide where to put old things in new spaces.


She didn't know how to deal with the fact that she had paid  two sets of movers to move things she no longer wanted or needed.

She hated to waste money. She also wanted a fresh start, and each box required decisions about whether to keep the old, or start anew. How would she define their new space, and herself as well in this new setting?
It was a chance to change!

A person can change themselves as well as their dishes or towels. They can be a different person when meeting people, they can define themselves in a new way, life can start again. A do-over sort of.

All these decisions were tiring. She thought the great purge of aught-17 would have gotten rid of all the excess from her beloved cottage but no. Now she was coming to realize she may need more of a fresh start than she imagined. Few of her precious belongings looked right here.

Sitting on the back porch became a haven from the decisions and letting go. She was never good at letting go... broken special cups, old pictures, mementos from trips, old stuff from her grandma, people. This was a new day, and she was coming to see life differently.

Maybe the things were less important now. Maybe she changed, or somewhere along the cross country drive she crossed a line between then and now.

As she sat on the hot porch, watching flying things buzz around her and heat waves rise in the cloudless sky, she noticed a neighbor from the house behind hers, waving.

She dragged her tired butt to the fence, putting a happy smile on her face because she wanted to make friends. This neighbor welcomed her to the neighborhood with an iced loaf of braided  bread. She smelled it's aroma, and noted the icing was stuck to the wrapper. Sweet! Sweet bread and sweet welcome. In a few sentences they learned the basics about each other as a starting point.


She liked her! Then the neighbor said they want to move... oh.... so many starts and endings...

as she perched on the rocks between their yards, she felt the old tug of her heart wanting to fit in. Wanting to find a friend with whom she felt safe. Someone to share a laugh with, or a problem. A smile she could trust. Her dog ran over to meet the neighbor too, then the neighbor's two boys shyly approached from the back door with a pretense of needing something. They lingered looking deeply into her eyes, then reached out to the dog who kissed them on their small hands.
The promise of friendship...please let it be!


She hoped it would work out this time. She dreamed of it as she fell into an exhausted sleep each night. She wanted to belong here.

With a smile they parted to return to their respective work, but it was a start.
Posted by LA Paylor at 7:44 AM