Welcome to this week's list of likes!
since I wanted a picture of the full moon this week, but didn't get one because of the haze, I put in a close up of one of my art quilts. I painted the leaves and appliqued them to the top. I painted the face, covering it in layers of sheers. Heavily quilted and beaded. One day I might show the whole quilt... it's one I share in lectures.
On to the list of likes... Starting with the brilliant full moon this week!!! It was like an enormous friend in the sky.
This picture is one I took at dusk, of a sliver of a moon. For some reason the picture made it look like a half moon, but it was a crisp cool evening, the kind that makes you look up! 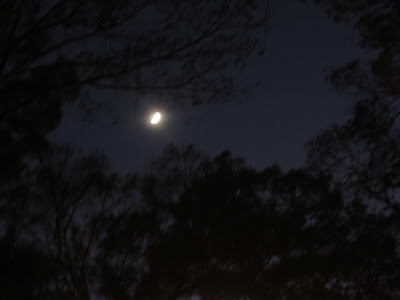 On the same evening we saw this lonely little pumpkin, kicked to the curb. 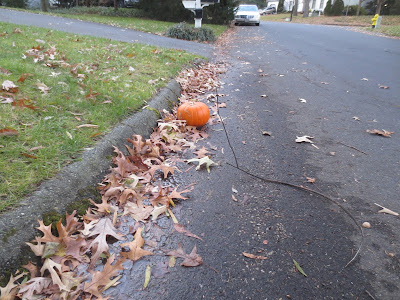 We often drive to another neighborhood to see new things on a walk. On this afternoon-walk last weekend we saw three very tall young men fiddling with the car one of them built. 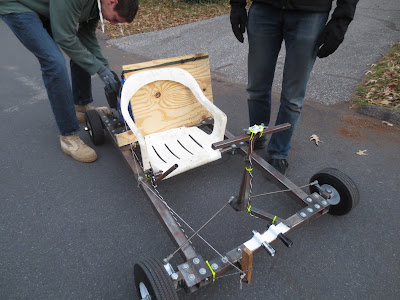 heehee! The young man is going to university studying engineering. He built this for a project.
I loved it for the creativity and the fact that he took a vehicle down to the basic elements. 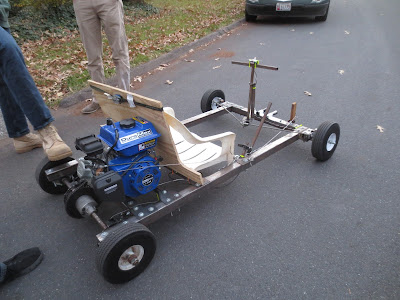 And he made it from found objects. Patio chair is cool. We laughed at the extreme bolting... that's an engineer for you, it will never, NEVER fall apart. 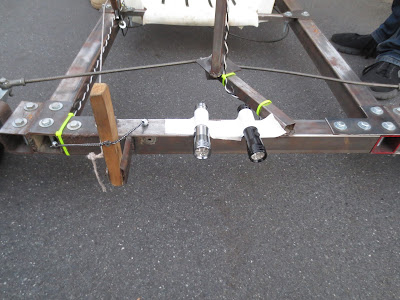 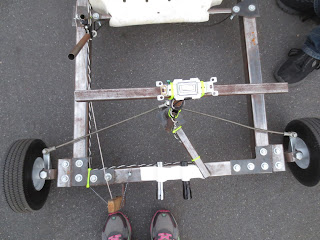 the brake, a handle as a lever. Can you see the light switch? It is how the engine is turned on and off. 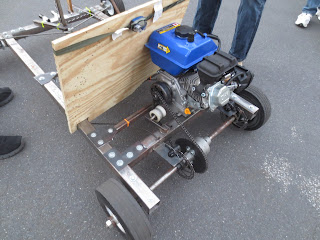 Obviously I was taken with these men and their project. I am not mechanical but I am always interested in chatting with a creative person, and asking about their process. He said he learned some things at school, came home and scavenged for possible components, requiring him to think of new uses for parts. He had to know how each part functioned, and how to make them into something new with a new use. 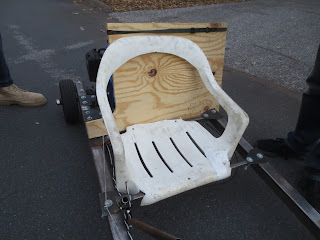 Then he folded up his long legs, sat down and took a ride. I liked the idea that a young person is using his intelligence to create, and not just looking down at a devise. Yea! There's hope! 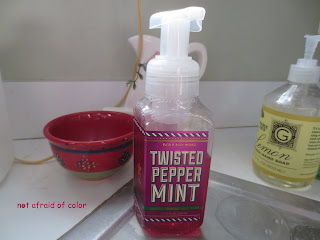 Seasonal scents are back at Bath and Body works! I hoard candy apple and twisted peppermint. They did not bring back the balsam I liked last year. How to move the extra bottles I got? I don't know but I wanted to feel normal so I got some.

I found my jewelry, put in a "SAFE PLACE" which means I lost it in the basement.
Look at two special pieces here... 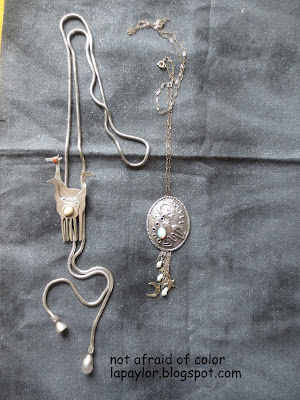 Long before I met my handsome husband, I was engaged to a man who promoted high end art shows in Tampa. I was his assistant and often purchased special pieces during the run of the show.

These are so lovely....I know the images don't do them justice but the carnelian and  the moonstone in the giraffe, and the opal on the moon piece are astounding in person.

I'm so glad to find them again.

I hate the thought of losing things, not these which will be in my hands but other special items, in a move.

Really it's become my overwhelming fear along with all the other fears. 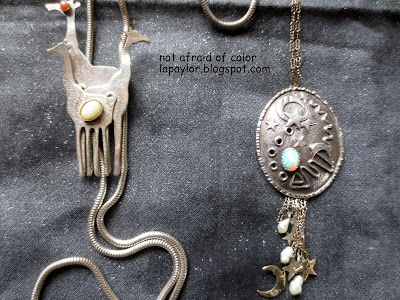 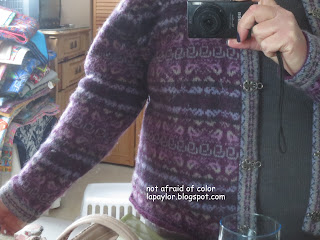 I unearthed this wool sweater last week.
I lost a lot of weight once, it was too big, so I washed it in hot water to turn it into boiled wool. That worked, it shrunk and now it fits. Of course I gained some of the weight back... never mind...


We had a discussion on QuiltArt (an online group) this week, when someone mentioned the adage, "if you haven't used it in a year, you don't need it"

Not in my experience! After one woman wrote of taking all her clothes one at a time, deciding to keep or discard it, with a friend there telling her the background story of special garments.
I wrote back:

I had the hardest time with clothes, and you made a ritual of it, which was honoring the feelings about them. Great concept Margaret.

Certain things were easier.
I found giving up all my cookbooks to be really easy, til it came to about four of them. I would happily live a rich life of having a chef these days, if we were rich that is. Now I eat to live and would be content with whatever is filling and healthy.

You remind me our tastes change, and that is when it's best to get rid of something. When it no longer gives you what you wanted from it.

I tend to just keep things, long after they have given their all to me.

...Stuff that I spent good money on but never worked for me, the books on how to diet I'll never read, the size 10 jeans that I wore once before they became too tight again, the cookbooks from Thailand I'll never find the ingredients for because I don't want to, the pretty shoes that somehow I just never find a reason to wear. All that make up. The gifts well meaning family gave to me because they had to give me something. The half chewed up dog leash because the new one is nicer but the old one could be used as back up except it never is. The fabric someone gave me for a quilt back, that I never choose for the back of a quilt. Tools bought that never get used.

There are people in the military for instance who move every two years, so they keep only the necessities.

I am not that person.

I'm the magpie nester who drags shiny things back to my place just in case.And then stores them.

Milo had a lot to like this week starting with the surgeon. Dr. Leisure asked to see Milo walk...
I said, well, he'll more likely run, buck, bite, jump, dart, and grab the Daddy's arm but I'll give it a go.

He laughed when Milo did all of the above, finally prancing around the ring like a show poodle.

He said Milo is about as healed as he'll be. The muscles need strengthening, stretching, and use. No more braces. Let him play! Yikes! Are you kidding me? I'm terrified he'll re-injure it right away.

He spins, and runs, and grabs and jumps. He darts at other dogs. He pretends to stalk me. He constantly exercises his vocal chords. He mostly eats at night like a lion, ready to play all day. He only eats if he's hungry, so we keep a bowl of kibble for him, and he nibbles during the day, but eats more at night. We're aware of bloat so he gets small meals at a time.

He is tall and skinny with impossibly long legs. All the neighbors comment on those legs.
He turned 9 months old, weighs 55 lbs, and as Diane in Texas says, waves his teeth around. He seems to be turning grayish, so he may end up being a blue poodle.
He's ready for a ride in the car to our new residence.

Please visit the others keeping it positive today!

linking to some of these
Our World Tuesday
Travel_Tuesday